AKQA enters the fray but what does it mean for local shops? 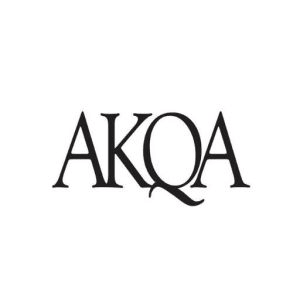 While the name was thrown around in the pitch process, there were a few surprised faces when AKQA made it onto the Optus roster. We look at the history of the agency, who its major clients are and ask, does this mean it is going to open an agency in Australia?

AKQA is a digital agency that describes itself as “The imaginative application of art and science to create the future”. The agency was founded in 1994 in London by Ajaz Ahmed and James Hilton and now employs more than 2000 people globally. The shop was bought by WPP in 2012.

The agency has 14 offices around the world, featuring the usual suspects of New York and London, but the agency also has outposts in India, Venice, Singapore, Sao Paulo and Amsterdam.

The agency has worked with the likes of Nike, Rolls Royce, Anheuser-Busch, Audi, Delta, Nike, Philips, Verizon, Starbucks and Visa.

Are they coming to Australia?

Speculation has been flying around about AKQA opening in Sydney since 2007, however despite being named on the Optus roster there are mixed opinions asking is now is the time the global operation is going to launch here. One source told AdNews that being named on the roster signals the likelihood an office is set to open, however most remain unsure, with some noting it will depend on how much work the agency is able to get from the Optus roster.

“You never know. We tend to open offices in places that we see huge future potential or as a result of new opportunities with existing/new clients,” Jefferson said. “If any client is interested in collaborating with us here in Australia, we could be convinced.”

Why the market should care?

AKQA's appointment could be seen as a bit of a slap in the face to other digital agencies in the market who would be perfectly capable of working with the telco, although the power of the AKQA brand can't be underestimated. The fact that it was named on the roster with no local presence shows Optus' faith in the agency.

What remains to be seen is if AKQA decides to move here permanently – it certainly has reason to now – and what that could mean for local creative shops. Australia's agency landscape, and Sydney in particular, is arguably already glutted with more agencies than a market of this size needs. A hot-shop of AKQA's stature could be a serious spanner in the works.