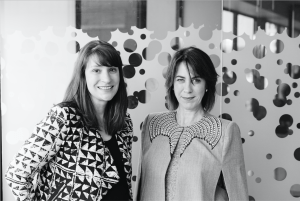 AJF Partnership has promoted Jayne Brady to general manager and Susan Bird to head of operations to support the continued growth of the agency.

Brady, who was the sixth employee AJF Partnership hired in 2006, will add the role of general manager to her current title of director of client services.

“Jayne has proven herself to be a consummate advertising professional with a rare commercial maturity and astuteness that our clients love. It’s been a pleasure to watch her career develop and her promotion to the role of general manager is most deserved,” partner Andrew Fabbro says.

Bird joined AJF Partnership in 2012 to run the Officeworks business, and has overseen the account for five years during which Officeworks has won numerous effectiveness gongs, including a coveted IPA Effectiveness award in London in 2016. She was elevated to the board of AJF in 2016.

"Susan is an outstanding team-builder with the skills and temperament to make running big, complex pieces of business look easy. We're looking forward to her helping AJF to become an even more efficient and effective agency as our first head of operations," Fabbro says.

Founded in 2005, AJF Partnership has become one of Australia’s largest independent agencies, now sitting at over 100 staff in Melbourne.

“It can be tough to offer long-term career paths in this business, but it's something we pride ourselves on, with a number of long-term staff growing into leadership roles within the agency. As such, it is immensely rewarding to acknowledge two of our most valued people with these senior appointments," Fabbro adds.