Agencies or TV networks: who takes the lead on fixing ills? 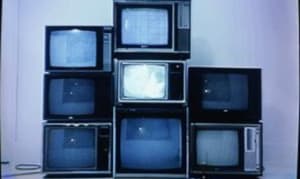 The relationship between TV network and media agency is under the spotlight this morning following what are being called “hyperbolic” comments made by GroupM chief investment and intelligence officer Danny Bass in the AFR suggesting this would be the year that the “model breaks” for free-to-air TV.

Bass told the Australian Financial Review that this would be the year that the “model breaks” for free-to-air TV in Australia, citing fragmentation in the market, in today's media section.

The comments come just weeks ahead of GroupM opening discussions with TV networks for the year ahead, and several buyers have suggested the comments were well-timed for GroupM.

“TV inventory demand is more often than not outstripping supply, so it's not like there's a massive shift under way or anything like that,” UM's Mat Baxter told AdNews.

“TV networks are still massive businesses, so to be talking about it [being] this year when the model breaks is perhaps a bit hyperbolic. I think there's something in the timing there.”

Fellow GroupM stablemate Maxus backed up the sentiment, but said if there wasn't at least a slither or truth in Bass' comments, that they wouldn't have resonated.

“The timing is what it is, but there's also a lot of truth in that,” chief executive Jon Chadwick said.

Buyers this morning spoke on a common theme, that networks had been way too late to the party in attempting to offer holistic measurement across audiences, and offering buying opportunities across screens.

“Obviously TV networks ratings are falling, so they're working hard in trying to arrest that, but to our mind that cross-platform offering isn't quite there yet,” Chadwick said.

“They've been working hard to build that capability and show that they are across different screens, and they should be applauded for that, but the opportunity to buy that isn't where we want it to be as yet.”

Havas Media CEO Mike Wilson, however, said it wasn't up to networks to offer those opportunities, it was up to agencies to help create them.

“I think agencies have a responsibility to buy cross-platform for their clients, so to come out and say it's because the networks aren't offering that opportunity is a bit lazy,” Wilson said.

“Networks undoubtedly are seeking to offer that opportunity to agencies because it makes commercial sense to, but there has to be agencies coming to the table and working with networks on opportunities rather than waiting for networks to make the solution available.”

Baxter said that while agencies did have a role to play, the initiative needed to come from the networks.

“Agencies have a vested interest in making sure TV is around for a fair while yet, but it's really up to the networks to come to the party with the measurement piece. I think that's what we're crying out for,” Baxter said.

“We can play a part in advocating for that, but short of that it's really up to the networks to move.”

TV industry measurement company OzTAM has been moving to come up with a set of numbers to capture both catch-up and live TV ratings in the second half of this year.

“The dollars will invariably flow to where we as agencies can best demonstrate ROI for our clients,” Chadwick said.

“Having that uncertainty around the numbers at a time when TV networks are under pressure from fragmentation is really not helpful, from their point of view.”

Responding to Bass' comments, Seven West's chief revenue officer, Kurt Burnette, suggested there would be “significant ramifications” if buyers were to pull dollars out of TV.

“For anyone who wants to make significant moves out of TV, knock yourself out,” Burnette told the AFR.

The comments came after it was suggested late last year that TV negotiations had reached a “tipping point”, with buyers suggesting networks were making a play for yield at a time when TV audiences were dropping.

Representatives from Nine and Ten did not respond this morning.