Catch-up TV data at a watershed 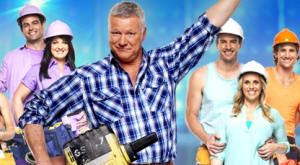 Overnight ratings still dominate the dialogue around TV, despite the linear TV viewer numbers increasingly being threatened by the subscription video on demand revolution, and networks are starting to play up the importance of their catch-up services to reflect the full audience picture.

However, Nine Entertainment Company CEO David Gyngell recently aired his frustration that linear free-to-air TV ratings are still seen as the main game and the emphasised the need for more solid data around catch-up viewing.

“It’s about educating the market on what the data is and about being patient when you start to have conversations, too ... because we can only be five days into a 7-day catch- up cycle, so you don't get the real number,” Gyngell told AdNews at the network’s recent full-year results.

While OzTAM currently includes time-shifted viewing played back by 2am in its overnight ratings, and releases time-shifted figures a week after the fact, it doesn’t yet have a standard for catch-up.

Gyngell said that quietly watching its streaming category grow in both streams and advertiser interest had made him appreciate that the networks needed some solid data around it.

“The time has come, and I’ve spoken to my peers and we’re in general agreement, that we do have to understand the data, and the first quarter of this year is going to be a real watershed on understanding where the data is and who’s watching when,” Gyngell said.

OzTAM, which collects the overnight figures, has been hard at work with the networks to deliver code into their back-end which would allow OzTAM to compile overnight data from the catch-up services.

It is believed that the networks are already receiving census-level data on catch-up services, with the numbers currently being verified by auditors before the product goes live in the second half of this year.

With a unified measurement system for catch-up in place, networks will be hoping to make even more catch-up inventory available.

Nine has already seen advertising on its 9Jumpin platform double.

“We’ve actually doubled the amount of ads we’ve put on Jump In. That’s double – from three 15-seconders to six 15-seconders,” Gyngell said. “That’s still well short of 11 minutes of advertising in a broadcast hour. But you are getting double and triple the premium for those shows.”

Nine told AdNews that all the extra inventory is being sold, and it wasn't a concious decision to double the amount of ads on the service, but rather a function of demand from advertisers as Nine’s sales team hit the market.

“Because of this, and the increased number of streams and the time spent watching a stream, we are seeing higher revenue numbers year-on-year,” a spokesperson said.

“All the inventory is sold via our sales team, with both streams and revenues from 9Jumpin continuing to grow ahead of our expectations.”

A version of this story originally appeared in the latest print edition of AdNews (6 March). Get your copy on iPad now, or in Print here.