'Advertising fraud is the bank robbery of the digital age' 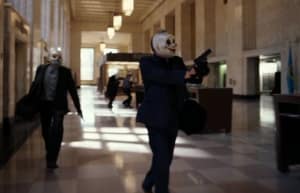 Advertisers could be defrauded of US$16.4 billion globally in 2017 due to ad fraud, according a study from The&Partnership, UK media planning and buying agency m/SIX and audit verification company Adloox. And until now, it says figures on this topic have been significantly under-reported.

Unless the industry takes concrete steps to combat ad fraud, it poses a serious threat to the future of our industry, the new research says.

The findings follow hot on the heels of a Datalicious study which found ad fraud costs the digital marketing, media and advertising industry in Australia $116 million a year.

The ‘What Happens Next: How to Reverse the Rising Tide of Ad Fraud’ report was commissioned by The&Partnership and was carried out over a period of 12 months by fraud detection specialists Adloox – a firm which recently became the first European tech company to be accredited by the Media Ratings Council (MRC) for all general and advanced categories of invalid desktop traffic covered by the measurement watchdog.

The study suggests the global cost of advertising fraud may until now have been significantly under-reported. Previously, it's believed to cost advertisers US$7.2bn globally each year, but Adloox’s figures show the real cost of ad fraud may have been as high as US$12.48bn in 2016 – accounting for almost 20% of the $66bn spent on digital advertising.

CEO of Adloox Marco Ricci says: “New, increasingly sophisticated types of ad fraud are popping up daily – and our investigation shows the importance of investing in specialist, robust brand protection.

“Advertising fraud is the bank robbery of the digital age – and it needs to be dealt with as such. Unless the industry takes concrete steps to combat it, it poses a serious threat to the future of our industry.

“Only through a combination of constant human vigilance, corporate diligence and constant updates to ad verification technologies will it be possible to reverse the rising tide, and put a stop to ad fraud once and for all.” 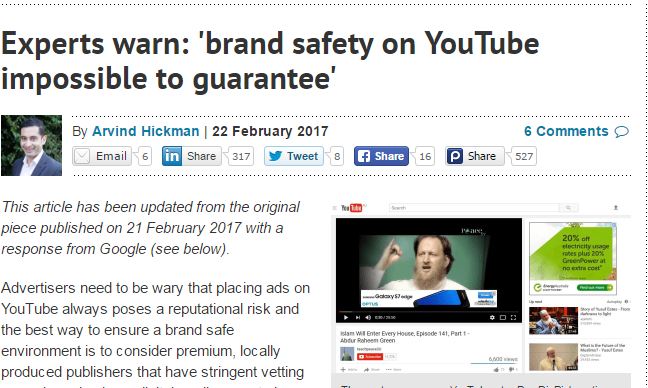 We need to move faster

The&Partnership founder Johnny Hornby agreed, saying the industry has a duty to come together – from media agencies and industry bodies, to big-platform players like Google and Facebook; bringing in government help if needed – in order to “protect our own future and those of our clients”.

“Good work is already being done by many, including the ANA, IAB, ISBA and the IPA, as well as the recent combined efforts of TAG (Trustworthy Accountability Group) in the US and JICWEB (the Joint Industry Committee for Web Standards) in the UK,” Hornby says. “But these new figures show that we need to move further, much faster. And there are concrete steps we should all be taking to make that happen.”

As a first step, Hornby called on media agencies to “invest time, energy and talent into providing the best possible strategies and policies to protect their clients”.

The&Partnership’s media agency m/SIX has, since it was founded, taken a specific interest in advertising fraud and has a policy of requiring all its clients to invest in specialist third-party, pre-bid ad verification such as that provided by Adloox – which it says has been shown to reduce the risk of fraudulent placements from 12-15% to 1-2%.

Hornby says the responsibility doesn’t stop with agencies and that clients likewise need to be willing to “get themselves off the drug of cheap digital media” and invest in proper band protection. 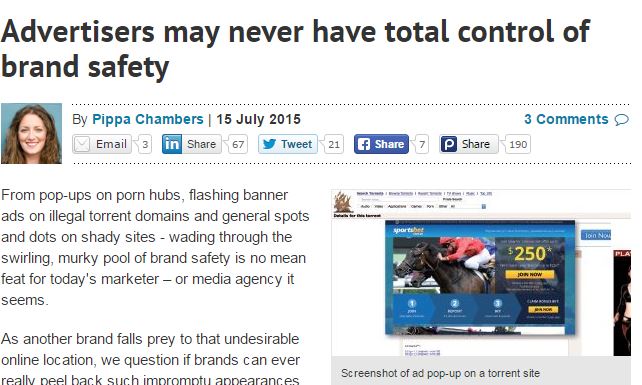 “Most importantly, the big-platform players like Google and Facebook need to step up to the plate. They also need to put much better preventative measures in place to ensure that offensive and politically inflammatory content – beyond the wider debate about whether it should be published at all – is not and cannot become ad-enabled,” Hornby says.

“The time has come for the Googles and Facebooks to stop marking their own homework, and allow specialist, third-party auditors inside their walled gardens – to verify the viewability, non-human traffic and brand safety scores they send back to clients. Only then will we truly break the back of the ad fraud problem,” Hornby says.

The ‘What Happens Next’ report was conducted by Adloox across a 200bn daily bid requests and 10bn ad impressions per month, over a period of 12 months.