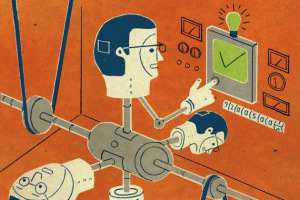 Ad fraud costs the digital marketing, media and advertising industry in Australia $116 million a year, a study of nearly one million browsers by Datalicious has found.

It is estimated $68 million from marketing budgets are wasted on fraudulent website visitors and a further $48 million is impacted by fraudulent ad impressions.

It shows that display ad fraud can be broken down into two major categories: fraudulent ad impressions caused by ad stacking or pixel stuffing – these are ads that were never really served - and fraudulent website visitors caused by illegal bot activity.

The study was inserted ad fraud detection scripts into the page of partner websites with more than one million data points captured for analysis.

It found that 4.4% of display advertising traffic is suspected to be bots while ad stacking/pixel stuffing affects about 3.05% of all ad views.

The findings are similar to back previous estimates of the prevalence of ad fraud in Australia. In 2015, an Integral Ad Science report placed the cost at $120 million, affecting 8.7% of inventory.

“While the overall percentage of ad fraud is still small, the resulting dollar value of budget wastage is already quite significant - and who really wants to spend a single cent on ads that are not being seeng by real people? Marketers and media agencies need to start tracking the impact of ad fraud,” Datalicious CEO Christian Bartens tells AdNews.