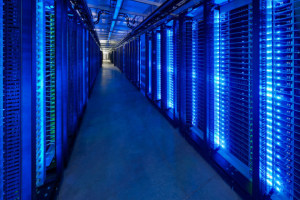 Facebook will soon begin rolling out its Clear History feature which gives users better control over their data, but advertisers are split on what the impact will be for them.

The tool, initially announced by CEO Mark Zuckerberg last year, allows users to see the apps and websites they use that send Facebook information, and lets them clear the information from their account. This “Off-Facebook Activity” feature means deleted data won’t be used for ad targeting if users opt in.

The social media giant says it’s been educating the industry on the changes, but some agency people say they don’t expect it will have much of an impact.

However, Joshua Lee, head of digital at Zenith Melbourne, says this depends on the adoption rate and scale of the Clear History tool.

“We don’t know how consumers will behave and how much they value convenience over privacy, considering that the Facebook login is across a lot of off platform sites/apps,” Lee says.

“Seeing as it’s similar to ad blocking and deleting browser history, one could expect the adoption rate to be around 30%.
“It also depends on whether Facebook’s new tool is a persistent opt-out or if users have to periodically delete their history.”

Another advertiser says while it’s a positive step from Facebook to give users more privacy, it’s also a late one, noting similar tools have already existed across the web.

Facebook itself has already been warning advertisers that targeting will be affected by the feature, saying targeting options powered by Facebook’s business tools, such as the Facebook pixel, can’t be used to reach a person with ads if they’ve cleared their data.

However, the tech company says it doesn't anticipate changes to measurement with the implementation of Clear History, saying its measurement and analytics tools have been “carefully” designed to protect people’s identity.

“We never share anyone's personal information, such as names or phone numbers, in our measurement and reporting tools,” Facebook stated.

“We will still be able to provide accurate measurement to help businesses understand the impact of their Facebook investment, while honouring people's choice to exercise control over their off-Facebook activity.”

The roll out of Clear History comes at a time when data privacy regulation, such as the European Union’s General Data Protection Regulation (GDPR), have already been in place and governments around the world are upping the pressure on Facebook to better protect users’ data.