Advertisers to check pulse of the affiliate industry 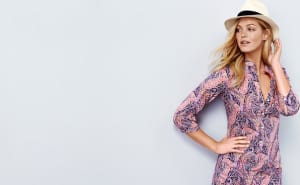 Sportscraft is one of many Australian brands to adopt affiliate marketing

As the performance marketing scene continues to heat up across Australia, online customer acquisition specialist, DGM, has decided it's a good time to conduct a temperature check of the industry.

The online advertising strategy of affiliate marketing is becoming an increasingly popular marketing channel for brands, such as ASOS, Sportscraft, SABA, Forever 21, Burberry and Thomas Sabo, which is why Sydney-based dgm has today released an Affiliate Advertiser Survey that aims to suss out the Australian affiliate industry.

Director of performance strategy at DGM, Chris Garner, said: “Despite our prowess in many areas – from the economy, sports and illegal downloads – Australia is well under the benchmarked industry maturity level than that of our European and American counterparts in affiliate marketing.

“Although if you caught DGM’s affiliate survey last year, you‘d know that the number of advertisers leveraging affiliate in the land down under is growing. Could the cat finally be out of the bag?”

Garner said affiliate marketing is on the rise with an increase of over 800% in Top 25 Australian advertisers taking part in the channel in the last two years.

Affiliate marketing works by using a method that differs from traditional online display or search advertising as payment is triggered by an outcome such as purchasing a product. In the affiliate model, users are directed from a publisher’s website to an advertiser’s to complete the transaction, following which a referring commission is paid to the affiliate once the transaction is complete.

Now, the country’s top advertisers and agencies are being urged to take part in DGM's advertiser survey, particularly as there is no other official report that conducts research such as this.

“It is important for the industry – advertisers, publishers, agencies – to get an accurate gauge of the state of play for affiliate in Australia,” Matthews said.

“True, our market is not as mature as those overseas, but there’s ample opportunity and it’s growing. By conducting this, we think the data will speak for itself. Anything that draws attention to the performance industry and fosters greater understanding of the affiliate marketing is a win in our book.”

Findings from last year' survey found that in Australia, content in 2013 was used by 63% of fashion retailers (an 18% increase from the year before) – likely spawned by the desire of advertisers to expose their products on blogs. DGM is tipping content as a highly prized sector of affiliate publishing across the board.

Matthews said he is also predicting that retail in Australia will again grow, holding a major slice of the pie with the finance sector.

“As a more mature market, finance in Australia is the most established,” Matthews added.

The findings of the research will be released in early 2015.

You can fill in the survey here.

Ikon wiggles out a win in search