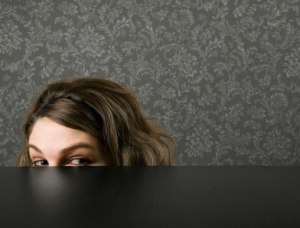 This first appeared in the AdNews February 2019 magazine and is part of a new feature AdNews introduced last year called Adland Secrets.

Under cover of anonymity, a recent network media agency recruit reveals what it’s really like under the hood in this series of raconteurs bending the ear of AdNews.

What’s the best bit of the job?
The daily lunch and merchandise deliveries from media owners. I save hundreds a week on food thanks to Facebook, LinkedIn and the traditional media owners. I also own about 10 keepcups and will never need to buy stationery again. Cheers guys.

And the worst?
It’s hard to be educated within a bigger media agency as no one has time to do their own jobs, let alone take time out to show you how to work the complicated systems. You really have to learn as you go and take your education into your own hands, which in my experience, leads to mistakes being made. I’d love to be able to take a lunch break without feeling guilty or people questioning where I’ve been.

What has surprised you most about media agencies?
The most remarkable thing was the sheer size and pace of the agency. I was excited to get involved in wider strategy and planning conversations, so was somewhat surprised to be often left without work to do because everyone is too busy to do a proper handover.

What is the culture like?
What culture? The policies are there, but unfortunately culture is the first thing that gets dropped as soon as a big client brief comes in or the agency wins another client. Of course there is free food and bean bags in the office, but I haven’t heard of any employees actually being able to work flexibly or take time off for their mental health. 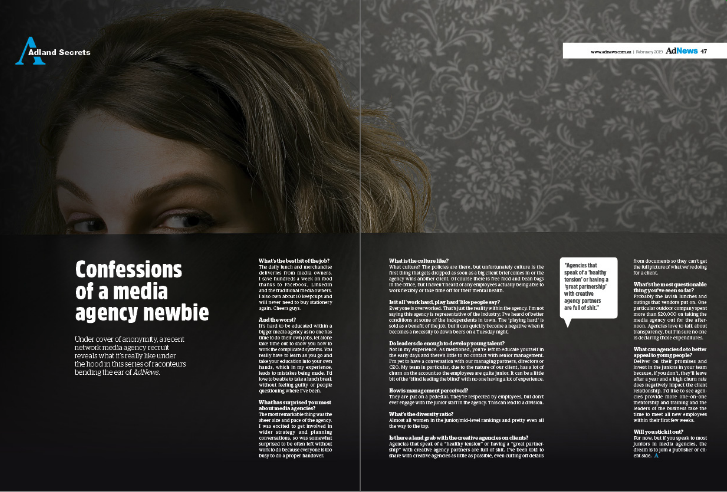 Is it all ‘work hard, play hard’ like people say?
Everyone is overworked. That’s just the reality within the agency. I’m not saying this agency is representative of the industry; I’ve heard of better conditions at some of the independents in town. The ‘playing hard’ is sold as a benefit of the job, but it can quickly become a negative when it becomes a necessity to down beers on a Tuesday night.

Do leaders do enough to develop young talent?
Not in my experience. As mentioned, you’re left to educate yourself in the early days and there’s little to no contact with senior management. I’m yet to have a conversation with our managing partners, directors or CEO. My team in particular, due to the nature of our client, has a lot of churn on the account so the employees are quite junior. It can be a little bit of the ‘blind leading the blind’ with no one having a lot of experience.

How is management perceived?
They are put on a pedestal. They’re respected by employees, but don’t ever engage with the junior staff in the agency. This can lead to a division.

What’s the diversity ratio?
Almost all women in the junior/mid–level rankings and pretty even all the way to the top.

What’s the most questionable thing you’ve seen so far?
Probably the lavish lunches and outings that vendors put on. One particular outdoor company spent more than $20,000 on taking the media agency out for the afternoon. Agencies love to talk about transparency, but I’m sure no one is declaring those expenditures.

What can agencies do to better appeal to young people?
Deliver on their promises and invest in the juniors in your team because, if you don’t, they’ll leave after a year and a high churn rate does negatively impact the client relationship. I’d like to see agencies provide more one–on–one mentorship and training and the leaders of the business take the time to meet all new employees within their first few weeks.

Will you stick it out?
For now, but if you speak to most juniors in media agencies, the dream is to join a publisher or client side.