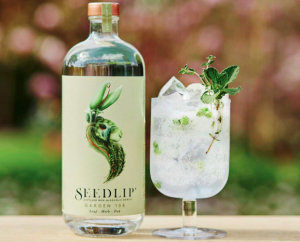 Former top Diageo and Foxtel marketer Adam Ballesty is set to join English-founded startup Seedlip, as the brand looks to ramp up its presence in Australia and Asia.

Based in Sydney, Ballesty will take on the general manager for the Asia Pacific region and will lead the current team of seven. The business has big plans to expand across Australia and Asia, is set to hire more staff and has plans for a greater marketing push.

Founded by UK farmer-turned-entrepreneur Ben Branson, the business scooped minority investment from Diageo in 2016, and again in December 2018.

It's a niche area that the world’s largest distiller, which owns Smirnoff vodka and Guinness stout, had not yet ventured into, but it has not been made public exactly how much of Seedlip it actually owns.

Before joining Foxtel last year, Ballesty had been Diageo's top marketer for nearly five years and had been with the company for nearly seven years.

Speaking to AdNews, Ballesty said the values and sustainability ethos of the drink, which is stocked in David Jones and Dan Murphy’s, very much align with his own values.

Ballesty said his reason for leaving the pay-TV provider was a personal one based off "one hell of an opportunity" that was presented to him by founder and CEO Branson and his COO Emma Wykes.

"Both are incredible humans and I feel really lucky to work closely with both of them," Ballesty told AdNews.

"It’s in an industry I adore in a company whose values and principles are closely aligned to mine. I’m very excited to start the next exciting chapter of my career."

Ballesty will start his new role as GM of Seedlip for the Asia Pacific region in April.

Seedlip describes itself a nature company on a mission to change the way the world drinks “with the highest quality non-alcoholic options”. Served with tonic or mixed to create non-alcoholic cocktails, it’s popularity has risen with the more health conscious consumer.

Cheeck out Seedlip's intro below: