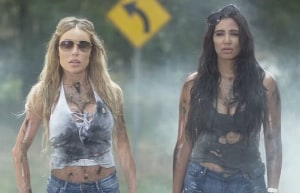 Ultra Tune continues to receive the most complaints

Ultra Tune continues to dominate the list of the most complained about ads for 2017 landing three spots in the top 10.

Between January and June the Advertising Standards Bureau (ASB) received more than 2700 complaints, with most coming in about ads from Sportsbet and Ultra Tune.

This is slightly down year-on-year on the 3200 complaints for the first half of 2016.

Collectively, Ultra Tune received more than 450 complaints for three of its ads. The most complained about ad, which featured the infamous Ultra Tune women attempt to put out a fire but end up in a wet t-shirt competition, received 357 complaints but was not banned.

The automotive service company is regularly featured on the ASB for its “demeaning” representation of women.

The Sportsbet ad featuring Ben Johnson was the second most complained about ad of 2017, with 202 complaints. It was banned earlier this year for promoting drug use.

All but two of the 10 most complained about advertisements were free TV ads, with one poster advertisement and one pay TV advertisement making the list. Most of the complaints were made on the basis of being demeaning to women or the use of inappropriate language.

Other brands that riled up viewers this year are AAMI, iSelect, Bonds and BCF.

9. Keep your hands off our ambos - Department of Health and Human Services