Ad standards reveal top 10 most complained about ads for 2015 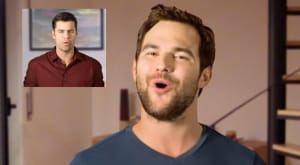 Ads about cheaters, bushes and betting all make the list of the Ad Standard Bureau (ASB) most complained about spots for 2015.

In 2015 the ASB received more than 4000 complaints, and the board considered more than 450 separate advertisements.
Topping the list was an ad by Holden in which a young boy says the word “bloody” in relation to caravan drivers. The ad was complained about 161 times, with some of the issues people had with the ad including being offended by the use of swearing in the ad.

“Why is it acceptable or humorous to hear kids swearing? It's not,” one complainant said.

Second on the list is last year's winner, Ashley Madison, which managed to make the list for another year for its much-hated “looking for someone other than my wife” jingle. This year the ad garnered 138 complaints, as opposed to its taking 481 complaints last year.

ASB CEO, Fiona Jolly, said: “What we can see from the list is that complainants are particularly concerned with seeing behaviour in advertisements that they view as inappropriate.”

Jolly referenced the most complained about ad noting people took issue with the young boy using bad language. “This wasn’t the only advertisement raising language concerns that featured in the list, with an advertisement for a paper towel company using the phrase ‘oh sheet’ coming in at number nine,” Jolly added.

The board found that just more than 70 advertisements breached different sections of the code this year.

Of the 10 most complained about advertisements, only one was found to breach the code.

Ashley Madison – Avid Life
TV ad features men singing about "looking for someone other than my wife".
Main issue of concern: 2.1 - Discrimination or Vilification Gender
Upheld, number of complaints: 138

Unicharm Australasia
TV ad features a woman in a variety of stereotypical scenarios related to having her period.
Main issue of concern:  2.1 - Discrimination or Vilification Gender
Dismissed, number of complaints: 76

Sportsbet
TV ad which features a sweaty man wiping himself at the gym.
Main issue of concern: - Other Social Values
Dismissed, number of complaints: 71