Plebiscite on marriage equality will cause harmful messages: Say no to no 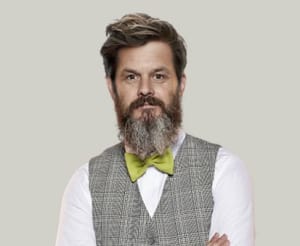 Australians have always been quick to define ourselves as a country where we help each other out. We pride ourselves on being fair – our national anthem even has it in the title, for God's sake. But when it comes to marriage equality somehow we have forgotten that a fair go for all is at our core. Even worse, our elected officials don’t have the backbone to make the call on our behalf.

This means we are likely to have a plebiscite in some form. And with this plebiscite will come a whole lot of hurtful messages from the No campaigners.

Messages that will upset many of our community. Messages that may push some of us into depression or, even worse, to take our own lives.

Depending on the research you look at, people who identify as being gay or lesbian are 3 to 4 times more likely to experience anxiety and/or depression, largely due to homophobic harassment and violence. A report called Growing Up Queer, conducted by the University of Western Sydney and Twenty10, proves that the unfair treatment of non-heterosexual people is a life-and-death matter. The study found 16 per cent of LGBTIQ young Australians had attempted suicide and a third had harmed themselves, largely again due to homophobic harassment.

Luckily we can do something. After all, we are in the business of making messages. Imagine if every agency, production company, sound designer or illustrator said No to working on these harmful ads. Imagine then our friends in media also standing up and saying No to the No campaign. And brands also joining in to pledge that no harmful ads will appear on their sites or channels.

Yes, the No campaigners will find a way to make their hurtful divisive messages. But we can make it difficult for them. And more importantly, we as an industry can show our friends in the non-heterosexual community that we still believe in them and in fairness.

Help stop the harmful messages and Say No to No.

Fill in the form on the website or send an email to hellyeah@saynotono.com.au and pledge that you won't work on the No campaign and tell us why. We will then add you to our honour roll and keep you up to date on how our movement is progressing.

This originally appeared on Say No to No.