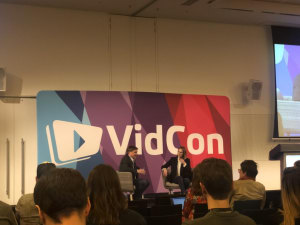 ABC head of marketing Jocelin Abbey is the latest industry exec to call for the end of overnight ratings as they no longer keep up with audience viewing habits.

Speaking on stage at YouTube's VidCon Australia this weekend, Abbey said the longtail of TV must be measured, as well as encore programming and video streaming to represent the "total experience".

"It's no longer about the overnight ratings that are released the day after broadcast," she said, adding the industry must "break the habit" and forge new programming experiences.

"If we aren't considering the total experience we aren't keeping up."

She joins a number of high profile execs, such as Seven CEO Tim Worner and Nine CEO Hugh Marks, that are dissatisfied by the overnight measurement metric.

Abbey said the ABC is exploring new distribution methods to appeal to audiences that are shifting to streaming services like Netflix, releasing the whole series of Mystery Road earlier this year to allow users to binge watch.

"Audience behaviour is completely different to what it used to be. We have found we attract a completely separate audience between video and broadcast," Abbey said, adding that releasing the entire series of Mystery Road did not cannabilise broadcast ratings.

When asked how the ABC sells these new formats to "old school programmers", Abbey said "it's difficult to change perceptions".

"The industry is innovating and testing but its not yet the mainstream from a broadcast perspective," she said.

She added that the "broadcast schedule is no longer the determining factor" for the ABC as it shifts its focus to streaming and online video.

"Broadcast is still incredibly important and we still need to please the broadcast audience we have but we need to ride two horses at the same time. We need to make sure we are still innovating and chasing down other audiences and still remain relevant into the future and seeking new audiences," she said.

Abbey also revealed on stage the average audience of the ABC's main channel is 66.