Peter Tonagh to lead government review of ABC and SBS 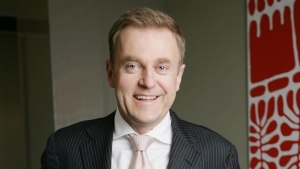 Former Foxtel boss Peter Tonagh and Australian Communications and Media Authority acting chair Richard Bean will lead an efficiency review into the operations of public broadcasters the ABC and SBS.

The review is the second Coalition government-imposed review on the public broadcasters in the past four years and will be charged with looking at how the ABC and SBS can pool resources and collaborate more.

It will look at whether the two broadcasters could share back office functions like finance and administration.

It is understood the review will not require the two organisations to merge of become privatised, an idea that has gained traction to the right side of politic and right-wing friends in the media.

“The ABC and SBS are vital public news and cultural institutions that are an important underpinning of media diversity and represent a major Commonwealth contribution to civic journalism,” Fifield said in announcing the review.

“In the fast-evolving world of media organisations, it is important to support our public broadcasters to be the best possible stewards of taxpayer dollars in undertaking their important work for the community.”

“The review will assist the public broadcasters as they approach the next funding triennium through which more than $3.9 billion will be provided from July 2019.”

The choice of Tonagh, a well-respected and experienced media executive who has previously served as the CEO of News Corp Australia and Foxtel,  is interesting due to his close ties to News Corp’s inner sanctum.

News Corp newspapers have often led the call for the ABC to be privatised or have its funding slashed.

The pair will be assisted by the Department of Communications and the Arts.

Tonagh was at the helm of Foxtel until he was recently dislodged by Fox Sports head Patrick Delany following the merger of the two businesses.

The review is due to conclude in October.