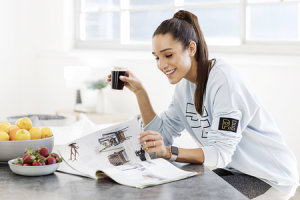 These three organisations are completely disparate, but they have one thing in common – each is marketing-led.

Baron outlined how a focus on making sure its customer value proposition was front and foremost in its marketing, led to a surge in growth for her company.

For Coopers, an Australian, family-owned brewery up against the multinational giants, marketing had to be unique, because they couldn't compete on dollars.

Influencer Kayla Itsines and and partner Tobi Pearce built a US$100 million fitness brand on social media. The company's CEO Pearce says it was built around four pillars: feasibility, profitability, scalability and sustainability.

Watch the whole episode below to glean some more insights on how these very different brands and businesses each used marketing to build an empire.

This season of the show is being filmed in front of a live audience, with each episode filmed in a different metro state. This episode was filmed in Sydney. It will be filmed in Melbourne in May, in Perth in June and in Canberra in July.

Keep an eye on AdNews for the next AANA video.