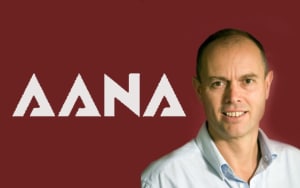 The AANA's new CEO John Broome says the industry body will focus on amplifying the role brands play in driving growth in the economy.

Today Broome was unveiled as the advertising body's new leader, taking over the helm from Sunita Gloster, who has joined Ten.

He says he will consult with AANA members before developing a broader agenda but there was one pressing issue the advertising body will take on.

“All advertisers, our members, have brands and are very interested in the health of those brands an how they grow their businesses,” Broome tells AdNews.

“So I will look at how the AANA play a supporting role in enabling them to drive growth through their brands.”

Broome is one of the most respected marketers in Australia, with extensive experience in the food and FMCG, occupying senior marketing roles at Unilever, Kelogg's and Nestle.

Broome says that when he was a CMO, he often needed to justify AANA membership fees to the c-suite.

“Amongst all the wide ranging business pressures that every organisation faces, we have to come back to precisely what it is that creates value for any organisation and I'll bet that nine times out of ten there's a brand in that answer,” he adds.

“One of the conversations I can certainly help my CMO colleagues with is justifying to the CEO why investing behind the brand is important for his or her business and why being a member of the AANA and defending their right to advertise to set standards helps drive growth.”

One of Gloster's major achievements was elevating media transparency firmly onto the agenda of CMOs and other market participants.

Broome believes that the issue will continue to play a prominent role on the agenda of CMOs and the AANA.

“I suspect advertisers still have a level of frustration around that issue and although progress is being made I don't believe that journey has been completed yet,” he says.

Other issues the AANA will tackle will be mapped out after consultation with members and key stakeholders.

Another area that will remain a “first and foremost priority” is safeguarding the self-regulation of advertising.

“Attached to that is protecting their freedom to advertise in a way that reflects community sentiment in terms of what are acceptable advertising standards,” Broome explains.

“The AANA are the custodian of the self-regulatory system – that has to be my first and foremost priority, making sure the codes we develop or influence are up to date in reflecting prevailing community sentiment.

“That's an evolution. Codes that were developed 10 years ago will probably need to evolve.”

Broome says he has been considering the role for the past few months after former CEO Sunita Gloster handed in her notice.

“After speaking to Matt Tapper on a couple of occasions, we agreed that his agenda and my agenda were very closely aligned. My experience having been a member with various food and beverage companies for the last 10 years has put me in a good position to be able to come to the other side.”

Broome said he was “extremely grateful” to Gloster for “putting the AANA back on the map”.

“I remember sitting down with Sunita when she first started and her asking me what is it that you want from the AANA and everything we spoke about she has delivered.

“First and foremost I don't see to come in a fix what isn't broken.”