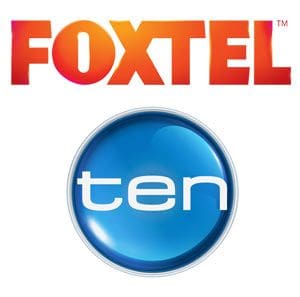 If the ACCC votes against the minority acquisition of Ten by Foxtel, it could weaken linear TV as a whole and “accelerate the impact of the Google and Facebook's” according to media agency bosses.

The decision on the deal, which would see Foxtel snap up 15% of the free to air network, is due to be announced on 22 October. In its statement of issues the ACCC said the deal could see Foxtel and Ten make increased joint bids for sports, which could impact competition by adversely affecting Seven and Nine.

However, Starcom MediaVest Group national investment director Andrew Taylor said if the ACCC votes against the deal it will impact the entire television landscape.

“A disjointed landscape, a weaker Ten network and compilations achieving the converged landscape that is vital to the future of 'screen' deliver,” Taylor said about potential impacts if it doesn't go ahead.

OMD CEO Peter Horgan said that both he and the Media Federation of Australia, which he is chairman of, believe the deal with actually strengthen competition in the television sector.

“Either way digital video disruption is coming,” Horgan said. “If it is blocked it will weaken free to air as an industry and will accelerate the impact of the Google's and Facebook's.

“If it goes through it will allow linear TV will still face disruption but will do so on a slightly stronger footing.”

Carat CEO Simon Ryan told AdNews that the decision is one that will shape future media ownership in this country. He pointed to sports rights in particular, noting that the ability to drive audience and revenue across combined media assets is important for the success of the industry.

“The sports media rights are costly and to drive audience and revenue across co owned media platforms is the only way it’s going to work in the future," Ryan said. "The other fact is that costs should come down for advertisers particularly around automated buying in the space thus becoming more efficient to reach crucial consumer targets”.

"It’s a clear perspective, content is everything and the platforms to deliver it need to be combined through the media ecosystem to ensure efficiency is maximised across media.

"It’s time to allow, celebrate and protect Australian media ownership in this country whilst also embracing the best of global as we do in Australia. It’s also good for jobs."

Taylor also said the decision is part of futureproofing the industry for global impacts that will come down the track.

"Robust is a healthy, entertaining and ground breaking landscape that TV can offer at a competitive audience reaching price in an engaging and compelling environment," Taylor said. "SMG totally support the action, there is a much bigger play on the horizon that will become stronger over the coming three years – converged screening."