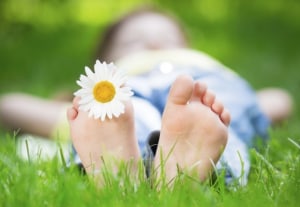 The advertising industry has at last a strong indication that a year-long slide in media agency ad spend is coming to an end.

Analysis by the Standard Media Index (SMI) indicates growth before the end of the year, possibly as early as October, and a  strong bounce in ad spend in 2020.

Numbers out soon will show an August dip in ad spend, based on aggregated media agency numbers, making that the 12th month in a row to record negative growth.

A decade ago, ad spend took four years to recover after falling hard during the global financial crisis.

All went well until 2018 when several factors combined to suppress advertising activity, an event seen as a leading indicator of a weaker Australian economy.

Now the industry is expecting a lift in the final quarter of this year, driven by retailers seeking Christmas and holiday spend.

SMI says retail, home furnishings, clothing/fashion accessories and consumer electronics segments are all likely to grow in the December quarter.

As well as Christmas spending, the final quarter of the year includes the online shopping frenzy points of Black Friday on November and Cyber Monday December 2.

Supermarkets also spend up big in the last quarter of the year. According to Nielsen numbers, supermarkets drop 22% of total annual ad spend in November and December.

Retail liquor stores outlay 28% of total annual ad spend in the last two months of the year and department stores 30%.

October could be the first month for more than a year where media agency spend rises rather than falls. Helping this happen is the fact that October last year was a slow month.

Zenith, in its latest forecasts, believes 2019 ad spend will potentially grow a little more than the SMI forecast suggests.

“While there’s no doubt it has been a tough year for several media, with short visibility and volatile revenue performance from month to month, it’s important to focus on the positive growth stories that also exist,” says Anthony Ellis, chief investment officer, Zenith.

Pia Coyle, National Head of Investment, Ikon Communications, says it’s uplifting to hear that the market will swing in October but it doesn’t quite feel that way out there in the day to day.

"There is still a lot of pressure raining down on sales teams, and the grab for share of budgets is more pronounced than in a long time," she says.

"Positive sentiment, is just that though, positive.  We all want the market to bounce back, but calling an October rebound is premature in my view."

"But as somebody who looks closely at the intersection of trends and human behaviour, positive sentiment is the first step toward any actual uplift," she says.

"Despite the daily onslaught of news about financial markets, China, Trump, (potential) recession and Brexit, this country and New Zealand is smart enough to recognise the best way to avoid a downturn, is to grease the wheels of the economy.

"And we’re it. Driving consumption through consumer demand is the business of media."