SMI forecast: The adspend canary has its nose up 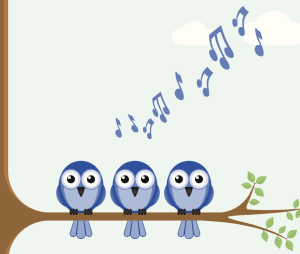 The advertising media agency market in Australia is forecast to move into positive territory before the end of the year after a year of falls, according to analysis by Standard Media Index (SMI).

The forecasts also show a strong bounce in ad spend in 2020.

Jane Ractliffe, SMI managing director, says final August results to be released next week will show another negative growth month, making that 12 in a row.

"So now the only question is when will the bounce-back begin, and our forecasts indicate that will happen before year-end and possibly as soon as October," Ractliffe says.

"The recent tax cuts, an expected cut in interest rates and the fact that October 2018 was a month of weak demand (back 7.7% on October 2017), all combine with SMI’s own forecasts to deliver a month of higher advertising expenditure,’" she says.

The value of advertising inventory sold in both countries totalled $A8.1 billion in the fianncial year to June and has grown by 19% or $A1.28 billion in the past ten years.

Ractliffe says the Australian and NZ media markets are similar.

So far this year both countries report lower advertising demand for the first eight months of this year, with Australia down 4.9% an NZ 0.5%.

In NZ, monthly ad spend fell for 12 consecutive months but has now moved back to growth in the past three months.

"It’s clear in our empirical data that extended periods of lower advertising demand are followed by strong bounces as business confidence recovers and pent up demand leads to bursts of above-average advertising expenditure," Ractliffe says.

"If you look at SMI’s global ad spend data from 2010, in that year the US advertising market grew by 18%, the UK market by 10%, the NZ market by 11% and the Australian market by 17% as they all bounced back from periods of low demand."

Categories spending more than 30% of their media budgets in Q4 – Retail, Home Furnishings, Clothing/Fashion Accessories and Consumer Electronics – were all likely to grow their final quarter ad spend against the same period last year.