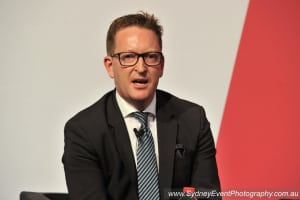 Nine's digital video streaming service 9Now has had more than one million sign-ups since it launched in February 2016.

In a broader statement to the media, he added: “We now have more than one million connected consumers through our single sign-in functionality and are well positioned to be able to serve addressable advertising live into the stream within 9Now. This is programmatic television.”

AdNews understands Nine will look to begin transacting programmtically by Q1 of 2017 with testing to begin later this year.

“For some formats we are seeing long-form growth close to 30% year-on-year, with a program such as Married at First Sight generating more than one million long-form video streams only weeks after the official broadcast of the final episode,” Parsons says.

“The addition of these three channels brings viewers closer to our programs than ever before, allowing consumers to access our content anytime, anywhere, on all devices,” says Parsons.