9Life the 'success story of the year' - Nine's sales boss 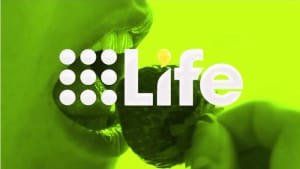 Nine's new HD lifestyle channel 9Life is the “success story of this year”, according to chief of sales Michael Stephenson.

After a difficult start to this year's rating season in which Australia's Got Talent, The Farmer Wants a Wife and Reno Rumble have all struggled against Seven's My Kitchen Rules juggernaut, the performance of 9Life has exceeded expectations, and certainly performed better than Seven's new channel 7Flix.

The 9Life channel launched in summer 2015 and in the six weeks leading into ratings season attracted a 2.9% share of the audience.

On Sunday 3 April, 9Life had a daily share of 4.1%, based on OzTam's Consolidated seven-day figures. This puts it on par with Nine's more established channel Gem (4.2%), and within striking distance of Go! (4.7%).

7Flix, which launched on 28 February, attracted a 1.6% weekly share in its first seven days. It had a daily share of 1.5% on Sunday.

With a programme schedule that largely targets millennial and Gen X women, 9Life shows include the US version of The Bachelor, The Real Housewives of New Jersey and Beverly Hills, and Million Dollar Listing New York.

“9Life is the success story of this year so far from where I sit...it's rich in the demographic, it's first run free-to-air content, it's really sticky,” Stephenson tells AdNews.

Nine's multi-channel approach is intentionally targeted to avoid cannibalisation. Nine's main channel has a demo sweet-spot of 25- to 54-year-olds, Go! targets 16-39-year-olds and Gem is pitched at middle-aged women.

“I think 9Life has filled a beautiful little spot that we had and everybody would be ecstatic with its performance today,” Stephenson adds.

When asked if more channels could be added down the track, Stephenson said that none had been planned but the broadcaster would consider more if they met a specific strategic demand.