2017: Forget millennials Gen Xers are back in the spotlight 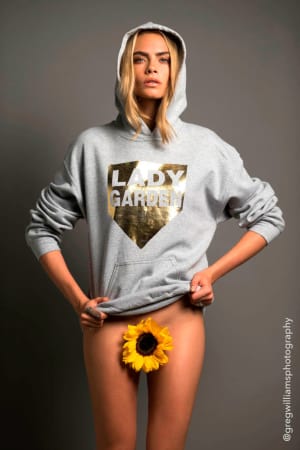 Millennials seem to get all the attention but in its latest trends report, JWT asks marketers and brands to take another look at the forgotten Generation X-ers, the so-called 'slacker' generation which refused to grow up. Aged 35 to 55, overlooked Gen X-ers are now "set to have their moment," it says.

JWT has issued Future 100 its annual trends forecast for 2017; a weighty rundown of what is going to catch the imagination of brands and consumers. Touted for a third year in a row by JWT, however, is a strong focus on the supposed changing nature of feminism and gender.

“Feminism is being rebooted for the digital age,” claimed JWT in its 2015 trend forecast. In 2016's forecast, the agency stated that “previously taboo aspects of femininity are being unearthed and bought to the forefront” and it appears that we should expect more of the same in 2017: "As young people radically re-examine the meaning of femininity, the many companies whose products and services rely on some version of “feminine” messaging and branding should be watching these new media outlets closely, or risk failing to keep pace with changing norms."

It suggests that JWT is determined to highlight that agencies and brands still remain challenged by the age-old problem of marketing to women, as though every generation of females provides another brand marketer's stumbling block.

Elsewhere, the crystal-ball gazing report delves into a number of areas from health to tourism, techonology to retail.

The attention economy receives an expected amount of coverage, with JWT saying that innovation in areas such as driverless cars and time-saving retail opportunities, much like Amazon Go which was unveiled this week, will free up people's time, and hacking into that time will prove to be both a challenge and an opportunity.

Similarly, Artificial Intelligence and Virtual Reality get an airing in the report. AR is more accessible than VR, says JWT, which brands can use to their advantage now. However, while it admits VR is a fringe content platform now, the industry is projected to bring in $38 billion in revenues by 2026. Brands, says JWT, "should experiment in the sector sooner rather than later."

JWT also points to the growing interest around civic data and investment, which could prove to be a boon for advertisers.
What uses could brands and retailers find for open city data? Perhaps a better understanding of footfall and the patterns that drive shopping behavior, or maybe a sponsorship opportunity, it says.

Finally, it even predicts next year's super food: duckweed. In honour of our late, great Bowie: take your (duckweed) protein pills and put your helmet on, people, 2017 is almost here.