The New York Times has appointed Damien Cave as its Australia bureau chief and Jacqueline Williams as its first locally based journalist as it labels Australia its “next frontier”.

Cave was previously the deputy national editor for digital at The New York Times for more than 12 years.

The US-based site is also on the hunt for new staff, including a graphics editor, an editorial assistant, a Sydney based reporter and an audience growth editor.

The job ad reads: "The New York Times is expanding in Australia and in addition to the team there now, we’re looking for talented journalists who can help us develop a larger audience and bring our global-minded readers the “next next thing” in journalism, storytelling, events, and ideas." 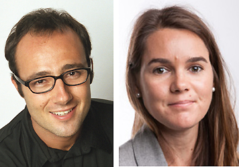 “Australia is the next frontier for The Times’ global expansion, and we’ve found the perfect pair of pioneers to tackle it: Damien Cave, one of our most entrepreneurial and forward-thinking journalists, and Jacqueline Williams, an Oz native who has spent the last 18 months winning wide admiration in our investigative unit. They will join Michelle Innis, who has been a regular contributor to the international report for three years.

“Damien, a former correspondent in Mexico City and Miami who has been a leader in redefining national coverage, will open our new bureau in Sydney and lead the Australia effort, building a small staff and stable of freelancers. He is a digital innovator and creative team-builder who played a critical role in the successful launch of the Race/Related newsletter, one of our most dynamic and ground breaking initiatives.”

The memo ends with a promise to welcome all visitors to make the trip to Australia.

The paper was founded and has been continuously published in New York City since 1851 and in the US, the print version has the second-largest circulation, behind The Wall Street Journal.

According to the Nielsen December ratings, The New York Times ranked the 17th most-read site in Australia with a unique audience of 1.27 million.

The New York Times signalled plans to enter Australia back in 2016, flagging a "strong interest and demand" for journalism in this market.