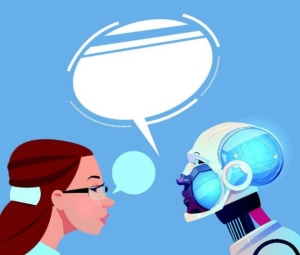 Traditional marketing is dead and the industry needs a new model that embraces automation rather than apprehends it, argues a new report by Deloitte.

The report, ‘Reviving Marketing: The New CMO’, suggests marketing has become too complex for humans and emphasises the need for a new marketing operating model that puts technology at the centre.

Speaking to AdNews, Deloitte partner David Phillips said the report was carried out to understand how marketers feel about the rising concerns over the CMO role, such as diminishing influence and short tenures, that’s often a topic throughout adland.

Deloitte spoke to 20 senior Australia CMOs over six months and completed a meta review of 10 global quantitative studies for the report.

The industry has been torn over what the rise of technology will mean for marketing with many fearing it will kill creativity and make roles redundant.

However, Phillips said marketers should welcome automation, particularly in cognitive decisioning and have nothing to fear about technology.

“We’re really blessed to be in an industry where you can look forward 20 years and know pretty much exactly what’s going to happen.

“The only question for me is the rate it’s going to happen. The technology is still three to four years away and it’s going to take really progressive clients. I don’t see the revolution happening for another 10-12 years but we should start to figure out what it means.”

Phillips describes campaigns in the future being run much like how car manufacturers build their factories: with machines at the centre and humans being placed in around them.

“This model is going to make being a marketer more enjoyable,” he argued.

“The human brain can’t make the decision it needs to make given all the variables, such as media, personalisation, creative optimisation and audience management, in marketing today so the sooner it happens the better for marketers.

“Marketers are absolutely fearful, but there are still doubters of the digital revolution out there now and there will be people hesitant to run towards the next revolution in cognitive marketing.”

According to the report, the US is well ahead in adopting a new operating model for marketing and has abolished all legacy marketing roles and functions.

The reluctance to embrace technology in Australia is apparent in Deloitte’s report with 60% of CMOs saying the role of technology will either stay the same or decrease.

Phillips said any resistance to the revolution is futile.

Investment in technology stack hasn’t been enough with all 20 marketers interviewed agreeing there was a lot more that could be delivered from their technology.

Key to this new operating model is the merging of marketing and digital teams, which Phillips said should have never been separated.

Bringing marketing and digital under one roof has been increasingly appealing to many, but the industry remains overwhelmingly fragmented.

“One of the biggest mistakes of marketing is that we split the two teams,” Phillips said.

“We’ve almost created a culture in marketing throughout the decade where people can say I’m a digital or I’m a pure marketer.

“There is no separation anymore and we have to weed out people that think of themselves as one of the two.”

Phillips said marketers need to cease thinking of digital as simply a channel and rather the way everything is done.

“I feel sorry for marketers whom we’ve let not upskill and retrain themselves.

“There has been resistance to the idea people need all the skills but that’s just the fact.”