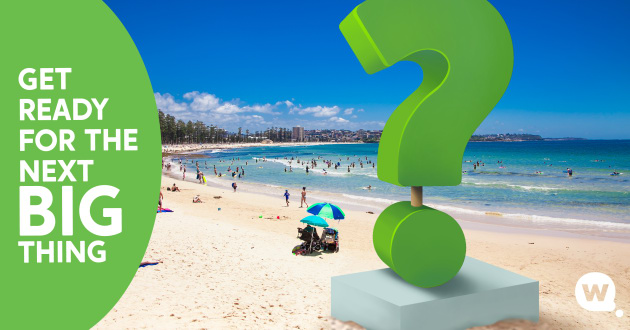 Wotif asks Australians what 'The Next Big Thing' in new campaign celebrating its 18th birthday.

Online travel site Wotif have partnered with Ogilvy to launch a campaign celebrating its 18th birthday.

To mark the occasion Wotif have launched the campaign that asks the question what is ‘The Next Big Thing’.

With a focus on local travel, the campaign will see an Australian town, city or suburb gifted with a new tourist attraction that will become their version of the big banana and the big pineapple.

The campaign launched on Facebook and the Wotif website giving Australians the chance to submit a “thing” and their city or suburb with hopes that it will make the shortlist for further voting on 25 September.

The campaign aims to recognise that ‘Big Things’ are celebrated Aussie icons and are landmarks that are of importance to the domestic landmark culture.

Research brought forward by Wotif recognises that 80% of Australians believe that structures like the big banana are ‘uniquely Australian’.

“From the Big Bin Chicken (Ibis) in Sydney, to the Big Peanut in Kingaroy, to the Big Kilt in Glen Innes, since nominations commenced we’ve received thousands of entries and widespread involvement from Aussies vying for their town, city or suburb to be crowned the home of the ‘Next Big Thing’,” he says.

After the release of the shortlist of finalists voting is open to the public to choose Australia’s ‘next big thing’.