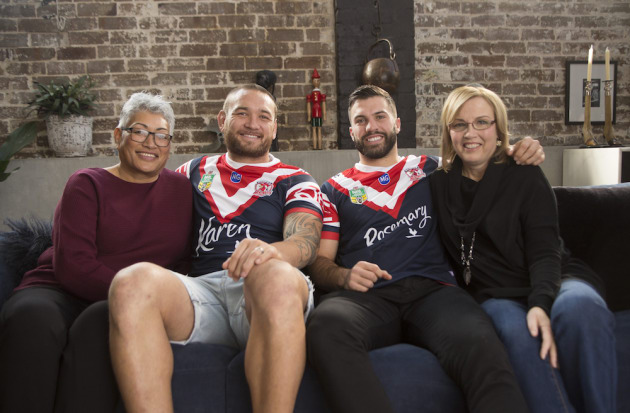 Steggles and M&C Saatchi Sport & Entertainment have launched a campaign to celebrate the NRL’s 2018 Women in League Round.

M&C Saatchi's Sport & Entertainment division is behind the Rooster's move to ditch the iconic Steggles logo.

The logo has featured on the front of the iconic Roosters jersey since 2010.

To celebrate the NRL’s 2018 Women in League Round, during the Roosters’ Round 22 match against the South Sydney Rabbitohs on Friday 10 August, the Steggles logo was replaced with the name of an influential woman in each player’s life.

The campaign sees a change to the Rooster's jersey that highlights the women who have helped shape each individual on the team.

The players each personally selected the woman they would like to honour and the jerseys will feature mothers, grandmothers, wives, partners and daughters. This resulted in matriarchal figures ranging from grandmothers to daughters being showcased on the teams jerseys.

"This is something special for us and for the team at Roosters,” head of marketing at Steggles Yash Gandhi says.
“We are proud to enter the second season of this initiative and to continue to support the players as they honour the influential women that have made their success possible.”

M&C Saatchi Sport & Entertainment general manager Ben Greenslade said the agency was proud to see the campaign return for a second year and it will continue to celebrate the women behind the Roosters.

“It's rewarding to hear the players express gratitude for the opportunity to pay tribute to the women in their lives,” Greenslade said.