The Honey Badger in a new campaign? Boom.

The Honey Badger stars in a new ad for Head and Shoulders, but if the set-up seems familiar, you're not alone.

Nick “Honey Badger” Cummins has starred in a new spot for Head and Shoulders with Old Spice, but if the ad seems a bit familiar in set up, you're not alone.

The ad, starring ex-Wallabies player Cummins, has him telling viewers that when you're flake free and smell like a “man man”, good happens.

As the camera pans out, it is revealed a boom microphone operator is getting rather close to the rugby star, presumably because his hair now smells so good all, semblance of professionalism goes out the window.

“Is this always the way you record sound?” Cummins asks.

The ad is a follow-up on the campaign run by Head and Shoulders starring LA Angels player CJ Wilson from March last year.

It also follows on from a Nick Cummins campaign in August last year, also a translation of the US campaign.

However, the Australian campaign has its own hashtag, #goodhappens, and makes much more use from the word 'boom' than its US counterpart.

As Cummins himself said of the ad:

“Sporting a mop like mine requires fairly regular servicing, but by using head & shoulders, with a bit of Old Spice thrown in the mix, I not only have an up to 100% flake-free melon, but also exude the scent of a man, man - which evidently, some sheila’s find difficult to resist! Boom!” 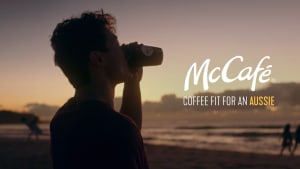 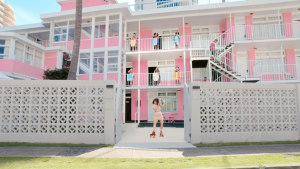