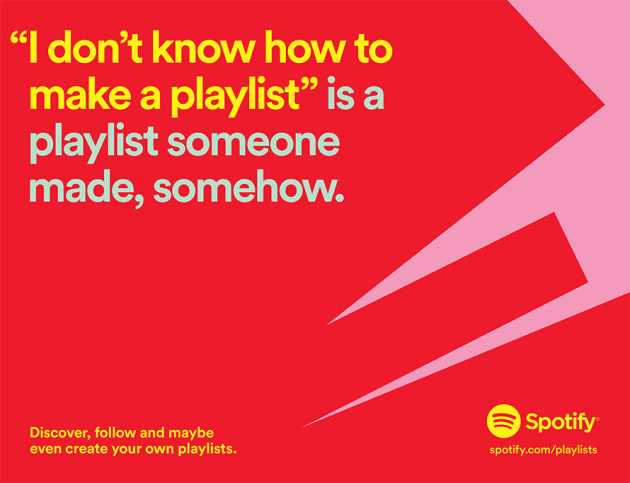 Users created playlists titled 'sorry I lost your cat' and 'play this at my funeral'.

Music giant Spotify has launched a new campaign which recreates strange playlist names from its users.

Spotify released multiple short clips on its YouTube page to kick off the campaign, where artists negotiate the unusual titles of playlists. Artist Joe Jonas of US pop band DNCE is featured in a clip called 'play this at my funeral'.

The US campaign will also run across outdoor, where billboards question the relevance of playlist names such as, 'sorry I lost your cat' and 'I don’t know how to make a playlist'.

It's unclear if it will also roll out in Australia.

New York based advertising agency Weiden + Kennedy is behind the campaign.

Edge launches next iteration of Harris Coffee's Made for Australia platform

The campaign shows that Harris is ‘made for’ a series of unmistakably Australian outdoor moments.