Sporting fields across Australia to be turned purple for pancreatic cancer 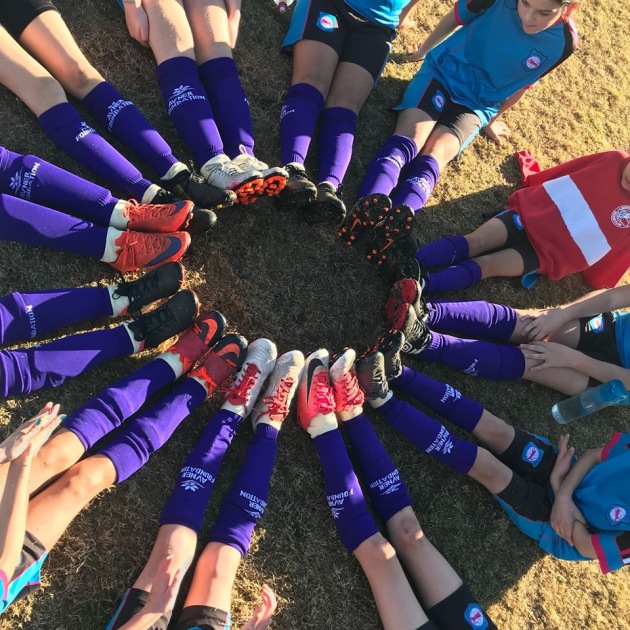 The #PlayinPurple campaign is in its sixth year.

During the month of September, football players from clubs and codes across the nation will be pulling on their purple socks to help raise awareness for a disease that is on track to become the third most common cancer killer in Australia this year.

The #PlayinPurple campaign is in its sixth year and continues to grow since inception with over 3,500 players wearing purple socks to raise awareness for pancreatic cancer in 2019.

Isabella Di Manno started the campaign in 2015 after the sudden death of her fiancee’s mother to the disease.

Her family had always been very involved in football, and Di Manno saw this as the perfect way to raise awareness and critical funds into research, improving diagnosis and treatment.

“The campaign continues to grow from strength to strength each year, drawing much-needed attention to pancreatic cancer," Di Manno says.

"It’s wonderful to see the participation grow across clubs, codes and regions and reading the testimonials and talking to players, its clear the campaign unities communities through active participation and acts as a positive talking point between people who might not necessarily know the outcomes of pancreatic cancer."

Pancreatic cancer is projected to claim more lives than breast cancer and prostate cancer, and each year almost 4,000 people will be diagnosed with approximately 80% of patients diagnosed will die within 12 months.

The disease has the lowest survival rates of all main cancer types, yet, despite these figures, pancreatic cancer trails behind other cancers when it comes to funding for research, receiving less than 8% of the funding available.

“We are excited to see playing fields Australia-wide turned purple for pancreatic cancer, and awareness on this scale is exactly what we need to help shine a light on this disease," Avner Foundation CEO Michelle Stewart says.

“This campaign is a wonderful opportunity to increase engagement between clubs, players and the community, all participating for a very important cause – pancreatic cancer awareness."

The #PlayinPurple 2020 campaign has been supported by Football NSW and high-profile associations since inception but this year sees endorsement and direct support from A-League Clubs Sydney FC and Perth Glory, with both clubs sharing key campaign messages and offering high participating clubs free match day tickets for the 2021 season.

Due to a delayed start to the grass roots football season across Australia, the #PlayinPurple 2020 campaign will run in the first few weeks of September, with clubs and associations having the ability to select the weekend that is most convenient to them.

"This campaign captures this commitment to customers and how we’re here to support them in their home buying journey.”

Developed using insights from across the organisation, the new brand platform conveys that QBE does more than just offer insurance.