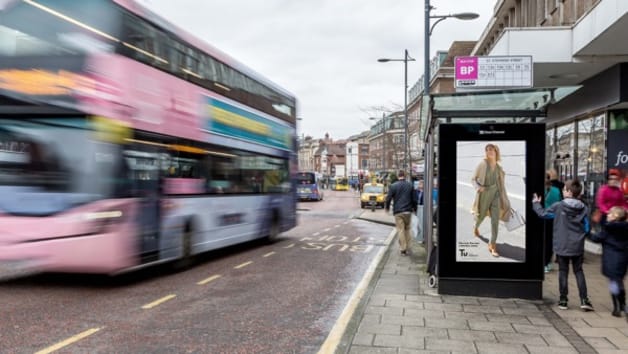 From Abbott Mead Vickers BBDO, the interactive campaign will show different outfits from its Tu clothing range which will change based rainy, summery, cold and windy weather.

The idea for the digital outdoor was conceived by Omnicom Media Group's PHD and uses geo-targetting for live updates.

There has been a rapid growth in DOOH globally in the last few years, with an increasing number of billboards now offering live syncing and geo-based screen changes.

Recently, Queensland DOOH company, Goa, launched an 'Emergency Grid' which can display urgent civil alerts in times of crisis within 60 seconds of the event, with an audience reach of half a million.

The Sainsbury's campaign will run until 26 March.