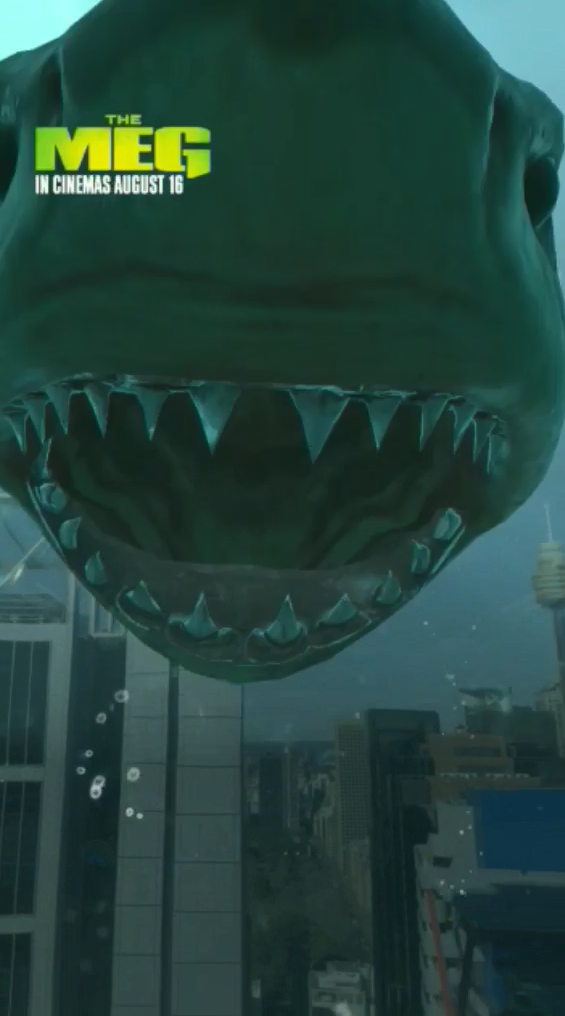 Roadshow Films and OMD, in partnership with Snapchat, have created an underwater augmented reality featuring a 75 foot (23 metre) shark known as the Megalodon to promote the release of Warner Bros Pictures’ ‘The Meg’.

The lens utilises Snapchat’s ‘Sky Segmentation’ technology to transform the user’s environment into an underwater scene with the Megalodon swimming straight at the screen. The technology is able to incorporate features of the user’s surroundings, such as buildings or trees, into the filter, making it appear that the shark is swimming around, behind or between them.

“Our challenge was to use technology to showcase the massive scale of The Meg. Snapchat nailed this by bringing it to life so anyone with a smartphone can experience The Meg,” says Roadshow Films’ digital media lead Michael Merckel.

Snapchat ANZ general manager Kathryn Carter says: “We're thrilled to continue our partnership with Roadshow Films and OMD with this Australian-first AR lens. The ability to immerse our community into the Meg’s world in a realistic way, using market leading technology, allows Snapchat's 4 million daily active users the chance to experience the sheer thrill and size of the Meg.”

The filter ran for one day only on 11 August, with the film, starring Jason Statham and Li Bingbing, to be released nationally on 16 August.

The national campaign kicks off this week via TV, radio, print, digital and social.