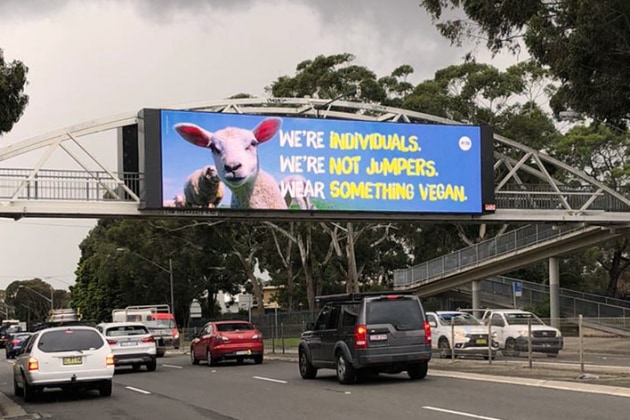 It features a lamb in a field beside the words "We're individuals. We're not jumpers. Wear something vegan."

People for the Ethical Treatment of Animals (PETA) has launched three giant digital billboards across Sydney to raise awareness of the cruelty of the wool industry and encourage consumers to opt for sheep and planet-friendly fibres this winter.

The campaign ad – currently being displayed on Beecroft Road in Epping, Princes Highway in Gymea, and Parramatta Road in Leichhardt – features a lamb in a field beside the words "We're individuals. We're not jumpers. Wear something vegan."

"Australians are beginning to realise that the wool industry is the live-export industry and are rightly turning their backs on it," PETA spokesperson Emily Rice says.

"Consumers don't want to contribute to a trade that hacks off the backsides of lambs, perpetuates violence towards animals in its shearing sheds, and ultimately sends animals to slaughter once they're no longer considered useful. Sheep value their lives, just as we do; they are not ours to use for clothing."

A recent undercover investigation of the Australian wool industry by PETA Asia revealed that workers punched frightened sheep, stood on their heads and necks, and beat them in the face with heavy electric clippers.

PETA's international affiliates have conducted 13 investigations of the global wool industry since 2014, when its first exposé resulted in the world's first cruelty-to-animals convictions of sheep shearers here in Australia.

Facing increasing pressure to drop wool, the industry created the meaningless Responsible Wool Standard (RWS) in 2016, which a handful of companies now tout in an attempt to defend their wool sales.

However, PETA and its affiliates say the same cruelty is happening to sheep in shearing sheds since the RWS was created, and RWS documents were even displayed on a wall in one of the shearing sheds featured in the latest exposé. 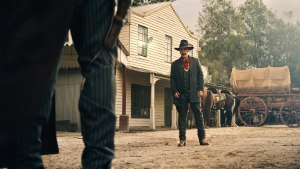