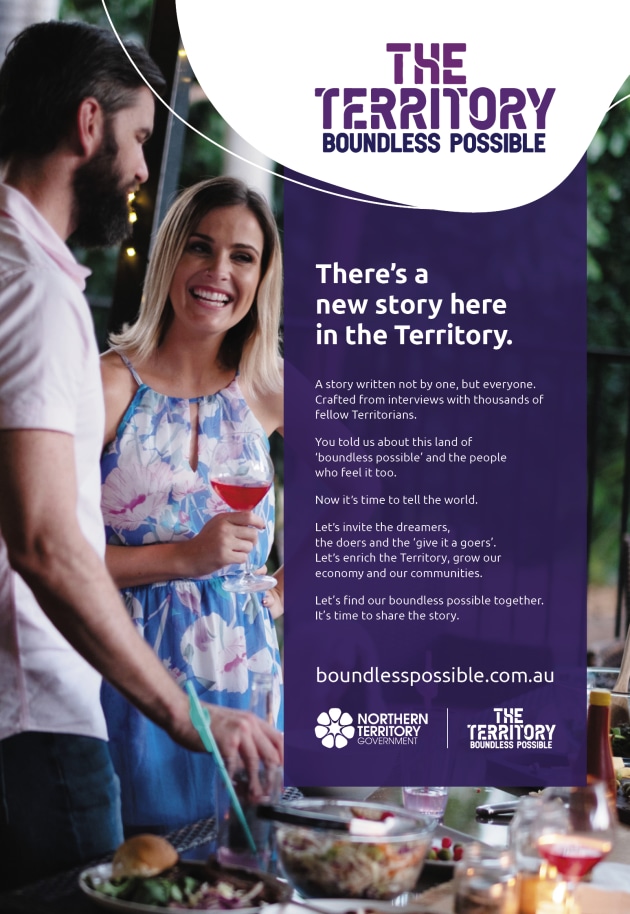 The Northern Territory Government has unveiled a master brand strategy to entice people to invest, do business, live and work in the NT.

Creative agency The Royals have worked with Northern Territory government to dispel the idea of the Territory being isolated, tough and lacking opportunities.

The new master brand titled “The Territory, Boundless Possible” aims to attract investment, business and people to the region.

Phase one focuses on the heart of the Territory, following locals that have lived and established a lifestyle in the NT allowing them to tell their story in long-form narrative, logo, short film, press and radio. Phase two, which is scheduled for later in the year, will shift its focus to the audience outside of the Territory.

Northern Territory chief minister Michael Gunner said: “We want to show the world that the Territory is a land of opportunity, but to unlock the full potential of Northern Australia – to create jobs and attract people – we need to put the modern Territory story forward.”

"The Territory, Boundless Possible’ is like no other brand historically used to reposition the Territory. The story behind it is about changing perceptions, not only in living rooms around Australia, but in the halls of Federal Parliament, in offices, in boardrooms – from Sydney to Singapore.”

The Royals won the NT masterbrand project earlier this year.