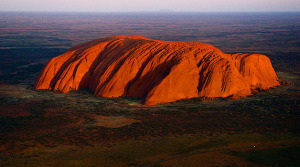 The Northern Territory Government has appointed The Royals to lead its 2018 tourism push.

The creative agency will lead a masterbrand strategy for the NT, which aims to boost population, drive economic growth and create jobs.

Chief minister Michael Gunner said he is will leave "no stone unturned" on his mission to support local businesses and create new jobs.

“This is why I have just announced a record $103 million plan to Turbocharge Tourism. This is why I have brought together Team NT to sell our investment and business prospects globally. And this is why I am today announcing that we have charged the best in the world with creating a unified and identifiable brand for the NT," he said.

“This world-recognised team is tasked with framing the NT in the best possible way – crafting a brand that will ultimately drive population, jobs and economic growth. They will build a distinctive and identifiable brand that will provide the Territory with a unique competitive edge to enable us to better tell the Territory’s story.”

Royals managing partner Andrew Siwka says he is particularly exited about this win.

"It shows that a number of fundamental Royals values are genuinely resonating with clients, particularly our ability to work collaboratively with partners to deliver the best possible outcome," he says.

The Royals who has previously done work for Tasmania, Melbourne and Edmonton, Canada, will work with McGregor Tan and Territory owned Boab Design.