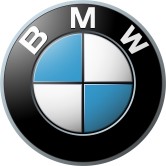 Mini proves it’s not just a chick’s car, with Harvey Keitel and Tony Hawk starring in the next edition of its latest campaign.

Mini USA has six celebs in its latest campaign about defying labels. Abby Wambach and Serena Williams are featured in the first two videos that have been released by Mini, with T.Pain, Randy Johnson, Harvey Keitel and Tony Hawk set to star in the next clips to be released.

Williams and Wambach talk candidly to the camera in black and white about what they have been labelled in their careers and how they have overcome these.

In the clip with Serena Williams, the tennis star says she has been called too strong, too sexy and too focused since she has become successful. “Too strong, what does that mean? I don’t know. That just means I’m stronger than you,” Williams says.

Abby Wambach says: “There has been labels put on this car since the time it was built. It’s a chick car, it’s too slow, it’s too small … If somebody says something about you that’s not true, who cares?”

The message of the campaign is to move beyond the labels others use to define you, and rather define yourself - and to buy a Mini, of course.