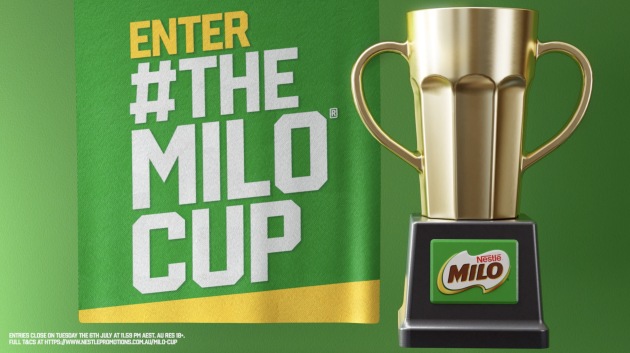 Milo is on the search for Australia’s best-made Milo, calling on fans to share their creations for the chance to win #TheMILOCup, via Ogilvy Sydney.

This integrated campaign follows on from the success of last year’s ‘Hot v Cold’ campaign, which encouraged Aussies to settle the debate on whether Milo is best enjoyed hot or cold.

This year, Ogilvy Sydney, Red Havas and UM are working with Milo to stir up the nation and delve deeper into the way Aussies have theirs, aiming to crown Australia’s best-made Milo.

The campaign, which features across TV and social media, was launched by Red Havas with Milo aficionado and Australian comedian, Dave ‘Hughesy’ Hughes sharing his unique Milo creation (Plant Based Milo mixed with Soy milk and finished with a pinch of salt) and calling on Aussies to share how they Milo by tagging #TheMILOCup.

Whether it’s adding a few ice cubes, warm and frothy, milk first, Milo first, with herbs and spices, or even with a sprinkle of chilli flakes; (Don’t knock it till’ you try it).

The Milo making ritual is different for everyone, often passed down through generations, and #TheMILOCup looks to celebrate all the different ways to Milo.

On 15 July, Hughesy will announce the competition finalists and, on 20 July, #TheMILOCup winner will be officially crowned.

“MILO fans are incredibly passionate about how they enjoy their MILO and last year we learnt Aussies most enjoyed theirs cold, thanks to a nationwide poll," Nestlé Dairy business manager Anna Stewart says.

"The winner will receive #TheMILOCup trophy, a year’s supply of MILO, and their winning recipe printed on a limited run of the iconic tin.

“This year, we’ve teamed up again with our agency partners Ogilvy Sydney, Red Havas and UM to build on last year’s campaign and dig deeper to uncover how Milo-lovers enjoy their daily scoops.

"We know it’s very personal and subjective to individual tastebuds, so we’re calling on fans to share unique and creative ways they make it. We can then celebrate Australia’s best made MILO and crown the winner of #TheMILOCup.”

Ogilvy creative director Andrew Hankin says: “People are fiercely passionate about their Milo, so giving them a platform to share the smart, interesting and downright bizarre Milo hacks and creations feels like a great way to celebrate a much-loved Aussie icon.”