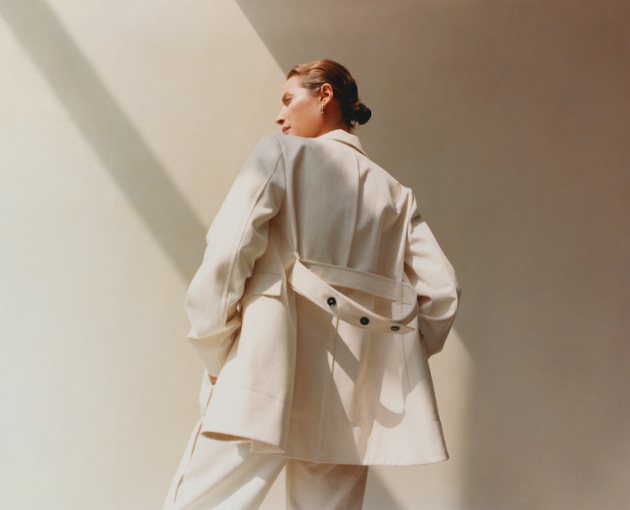 The campaign builds on the insight that content and storytelling increases the likelihood of purchase by nearly 50%.

Luxury retailer MATCHESFASHION has launched its inaugural campaign designed to capture its unique mix of content, commerce and community.

Stories of Imagination creates a narrative that celebrates and explores broader culture including fashion, lifestyle, home and travel.

It features Christy Turlington Burns and Ashton Sanders with interviews by Lynn Yaeger and Yale Breslin.

“Our brand campaign reflects our unique position and point of view connecting commerce and content. Stories of Imagination will develop customer engagement globally and will be amplified both physically and digitally," says Jess Christie, chief brand officer, MATCHESFASHION.

"We have been creating narratives for over thirty years and the campaign is borne out of this desire to inspire our audience and create new connections and we look forward to continuing the conversation."

The campaign builds on the insight that content and storytelling has been key to the growth of MATCHESFASHION and increases the likelihood of purchase by nearly 50%.

The brand has augmented this with a series of ground-breaking partnerships including Frieze and Il Pellicano Hotels, and via a program of events at 5 Carlos Place.

This cultural program has also been broadcast across MATCHESFASHION digital channels redefining the retail experience.

Both were chosen as exemplifying innovation and creativity through their respective careers.

The print campaign is supported by two digital films exploring each career path.

Turlington Burns appears in On Rhythm and Sanders in On Becoming and both films are designed to bring to life the story behind the campaign and the essence of their careers.

In her interview with Lynn, Christy Turlington speaks about her 2008 documentary No Woman, No Cry and advocating for mothers: “I had the aha moment – had I lived in another part of the world, I most likely would not have made it. I began to wonder; how could I have an impact?”

In his interview with Yale, Ashton Sanders discusses the film roles he has played: “Every role that you see me in and see me on is based on particularity. There has to be a part that I am viscerally connected to. There has to be. Am I often fully moved by a script the way I was with Moonlight? Absolutely not.”

The films will also be shown in independent cinemas including Curzon, Electric and Everyman Cinema.

The Stories of Imagination campaign will be amplified by a new intuitive homepage featuring a cleaner design to highlight content focused around people, stories, objects and fashion of imagination.

The treatment is realised across all touchpoints, from the website and app to social channels, email and all printed matter.