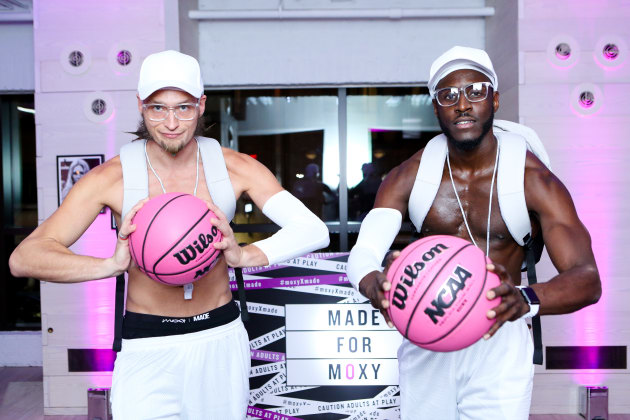 Cummins&Partners has been charged as the custodian of the brand developing Moxy's visual identity, brand voice and overall positioning strategy as part of Moxy's global debut into markets like Tokyo, Amsterdam and Seattle in addition to New York and Frankfurt.

"By attracting interest from “Fun Hunters” around the globe, Play On has launched as Moxy’s global communications platform through all consumer touch points," she says.

The campaign is using influencers to gain traction with the launch.

“Moxy is a game-changer for Marriott and we’re so proud of all the work we’ve done in building the brand profile to-date. We look forward to ongoing success as they continue their aggressive global rollout.” Santilli added.

The multi-media campaign came to life with TBWA Sydney and PHD Australia.

How to carry four schooner glasses at the one time?