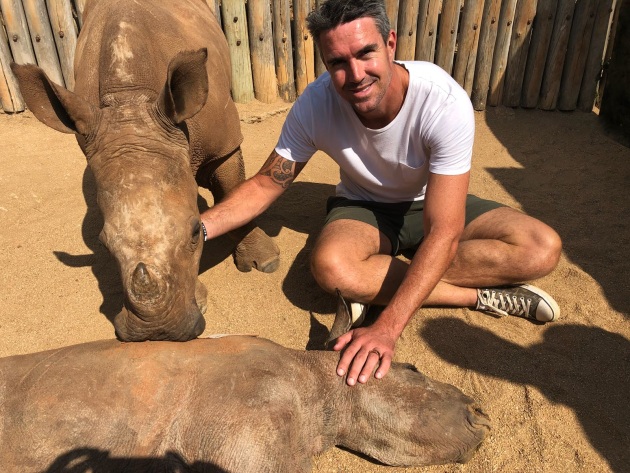 M&C Saatchi’s film and production studio, THIS, is launching a major documentary series with National Geographic aimed at shining light on rhino conservation. It's backed by hardware company Cisco.

This comes just one month after M&C Saatchi announced the acquisition of THIS, a film and TV production studio founded by renowned documentary makers Michael Lawrence and Nicholas Cook and award-winning creative and filmmaker Taylor Steele.

The project, called 'Batting for Rhinos', is funded by hardware company Cisco which showcases its world-class technology used to save the rhinos throughout the series.

Battling for Rhinos is hosted by English cricket legend and avid conservationist Kevin Pietersen along with animal expert Matt Wright. It will follow efforts to save the critically endangered rhinoceros.

The real stars of the documentary though, are two orphaned rhinos, Summer and Arthur, who lost their mother to poachers earlier this year.

These two calves represent the dire circumstances affecting the species, as presently, their population is hovering below 25,000. If nothing is done to stop the poaching, they will be extinct by 2025.

“I’m beyond excited to get involved with this project. I’m deeply committed to saving the rhino and by highlighting its plight and the work being done to stop poachers, we can make a real difference in the lives of these majestic creatures,” Pietersen says.

“At Cisco, we believe technology is key to solving some of the world’s greatest problems; our vision is to eradicate poaching through continued innovation in technology to conserve endangered species," Cisco chief of staff to the CEO, Ruba Borno says.

While this project has an incredibly important goal, from a creative perspective it demonstrates how the changing intersection of brands, storytelling and distribution can align with causes in a genuine way, THIS co-founder Michael Lawrence says.

'Batting for Rhinos' will air in Australia, New Zealand, the UK and South Africa in the lead up to the World Cup of Cricket in 2019.