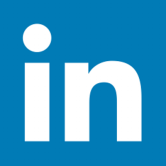 The campaign follows two real members from the professional network who have found jobs through the LinkedIn community.

LinkedIn has kicked off its second wave of the #InItTogether integrated brand campaign, following its debut brand campaign in June last year.

The campaign follows two real members from the professional network who have found jobs through the LinkedIn community.

Rhys Pacholek shifted his career into a new industry sector after eight years of service as an electronics technician in the navy with the help of his LinkedIn network.

Valeska Halpin used LinkedIn to help secure her current role after being made redundant three months into a new job.

“Australia is a core market for LinkedIn, and through this campaign we hope to inspire our 10+ million members to find jobs and build fulfilling careers,” he says.

The campaign will go live on connected TV, social, and digital channels.