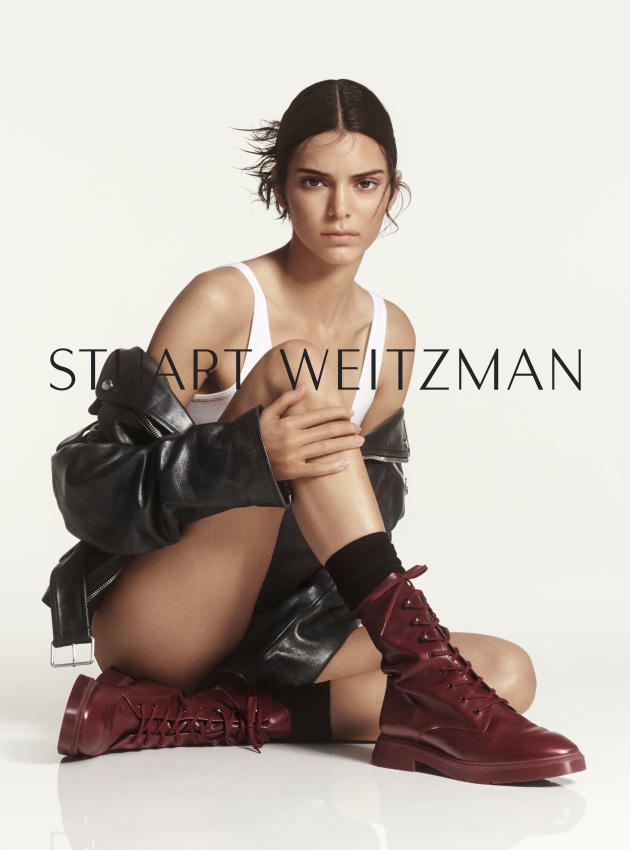 #SWSTRENGTH is the second installment in the three-part campaign.

This installment follows the release of Scene I: #SWDANCE, which introduced the SW Boot Camp campaign and its concept of celebrating women making bold moves in their daily lives through dance.

#SWSTRENGTH takes SW Boot Camp continues the story of movement as a source of power through both a dynamic short film and commanding complementary images.

As the pair plays off each other, moving effortlessly and in complete synchronicity with one another, they both wear fall’s breakout style, the MCKENZEE combat boot.

“I love the concept of SW Boot Camp,” Jenner says.

“Fall really is the season when everyone is on the top of their fashion game, feeling powerful, confident and ready to make moves.”

This scene also underscores the idea that femininity is a source of strength for both women and men, while highlighting how SW boots inspire the ability to move with confidence and dance through life’s challenges.

“Dance is innate in all of us,” says Lil Buck.

“I truly believe dance can inspire you to tackle whatever you want to do in life, whether you're a dancer or not.”

The limited-edition MCKENZEE MEN’S shoes makes SW history as the brand’s first-ever menswear design. An interpretation of the women’s MCKENZEE engineered specifically with a men’s fit, this mid-calf lace-up symbolizes looking to femininity as style inspiration and a source of strength.

Therefore, there was no better person to debut this history-making release than Lil Buck, dancing sensation and founder of the Movement Art Is, who is featured wearing the dark emerald leather version in the campaign.

“I wear boots a lot when I just want to take the world by storm,” Lil Buck says.

“With these boots I felt like a badass on set dancing with Kendall. I loved wearing them.”

#SWSTRENGTH, the second installment of Stuart Weitzman’s three-part Fall 2019 Campaign SW Boot Camp, was developed by some of the most trailblazing women in the creative arts, including photographer and director Charlotte Wales, stylist Clare Richardson and choreographer Danielle Polanco.