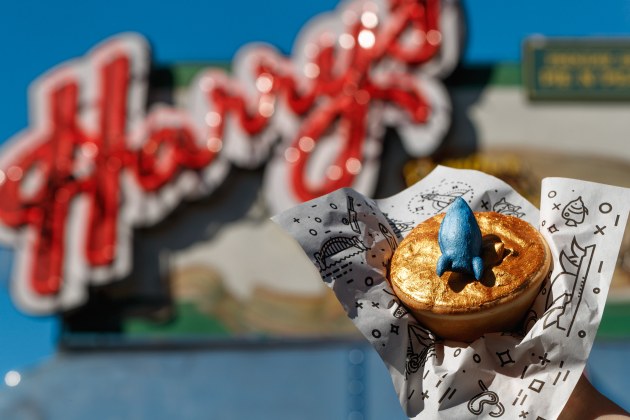 The Rocket Pie launches in time for the home entertainment release of Rocketman.

The Rocket Pie is a beef short rib and caramelised onion pie with a whimsical gold glitter top and blue rocket, both made of pastry and topped with edible-glitter – in true Rocketman style.

This limited-edition pie is the first time Harry’s has incorporated glitter and will be launched at Harry’s Café de Wheels in Woolloomooloo on Wednesday, 28 August.

The pie will then be available from all Harry’s in NSW, both instore and on UberEats from 29 August until 11 September.

Following its worldwide box office success, Rocketman will be available to own in Australia on 4K Ultra HD, Blu-Ray, DVD and Digital from Wednesday, 28 August.