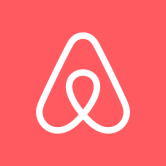 In the words of Miss Darling herself; c’mon darlings, share the love by being an Airbnb host this Mardi Gras.

Darling has been a respected icon of the drag scene for 20 years, best known for her performances at Sydney clubs and her own TV show ‘Verushka’s Closet’ on MTV.

In the first edition of the seven part video series, the fabulous Verushka competes to be the hostess with the mostest after finding out her neighbour is an Airbnb hostess.

“Apparently she has become an Airbnb hostress. Have you ever heard of Airbnb darling? Surely Deirdre doesn’t think she is a better hostess than me. Ha! Don’t make me laugh. Because laughing causes wrinkles, and wrinkles are for Deirdre.”

The idea behind the campaign is to show the benefits of becoming an Airbnb host using a fun event such as Mardi Gras. For example, Darling highlights the insurance policies of Airbnb while decking out her expensive looking living room with hundreds of flowers.

“The LGBT community around the world have been some of the first and most prolific users of Airbnb, hosting and travelling with pride, so we’re excited to support a community that has always embraced us,” Airbnb Australian country manager McDonagh says.

The campaign called ‘Host with Pride’, by creative agency Urban, will be across billboards in Sydney, social media and other various channels.

Last week AdNews announced which brands will be sponsoring Mardi Gras this year, including Facebook, ANZ and Airbnb.