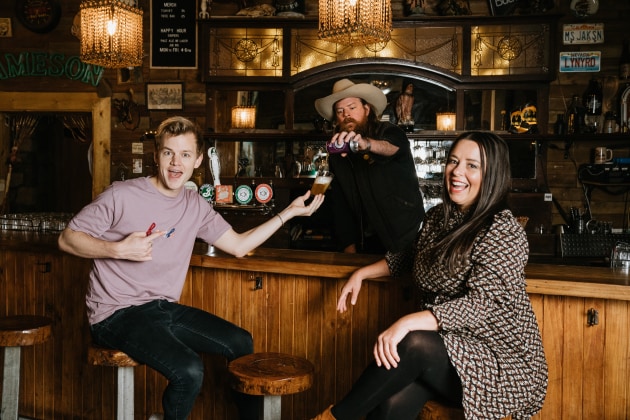 The Live, Loud & Local virtual, live entertainment series was created by the Taboo Group, in partnership with Live Nation Australasia.

The campaign was created in an effort to support pubs and venues around Australia during the COVID-19 pandemic, providing a platform for A-Class local talent to entertain stuck-at-home customers.

The kick-off event launched Friday, April 24, at 8pm via the Coopers Facebook page showcasing a stellar line up of live acts including a performance by ILLY, and Shannon Bennett demonstrating the ultimate, Coopers beer battered fish and chips.

"Culturally, socially and economically; pubs are, and always have been, an integral part of the Australian way of life," The Taboo Group executive creative director Nick Jamieson says.

"Live, Loud & Local is an opportunity for Coopers and the rest of us stuck at home to support the venues and entertainers who’ve always been there when we’ve needed cold beer and a good time with mates."

In an effort to support some key Coopers’ venues, the beer company is partnering with select watering-holes across Australia who will be virtually “opening” their doors for the gigs.

To tune in, punters will head to the specific pub’s Facebook pages where a line-up of Australia’s favourite entertainers will perform live from their living rooms or studios.

Venues include Leonard’s House of Love in Melbourne, Coogee Bay Hotel in Sydney, Story Bridge Hotel in Brisbane, Coopers’ Original Ale House in Adelaide, The Sandbar in Perth, and The Northern in Byron Bay,

Coopers is also supporting its venues by encouraging the return of kegs from trade for a refund, at a cost of nearly $4 million and is working with their customers to provide tangible support when pubs reopen their doors.

The gigs will also be interactive – with prizes to be won each night – seeing Coopers give away jugs of beer and meals at the pubs helping drive footfall back to venues.

Additionally, there will be spot prizes of delivery options, product and merchandise giveaways, helping punters transform their homes into their very own mini pub.

“As we watched our partners in hospitality and the arts respond to Coronavirus, we were inspired by their tenacity and willingness to overcome the challenges it presented," Coopers director of marketing and innovation Cam Pearce says.

"From pubs pivoting to bottle shops and takeaway restaurants, to comedians and musicians moving online, we wanted to create a platform where we could highlight and celebrate their tenacity to innovate and succeed. Live, Loud and Local will bring together our hospitality and arts industry partners, to try and make life a bit more normal into Australian homes."

Live Loud & Local is supported by Live Nation Australasia to help bring some of the best music acts on board.

“We’re happy to be involved with the Coopers initiative in supporting local talent and giving them opportunity to play and perform in these unprecedented times," Live Nation Australasia CEO Roger Field says.

"This is the beginning of an important relationship that fosters connection and closeness at a time we need it the most, and we look forward to the future with the Australian-owned company to help support and promote local talent."

The campaign will live across social, out of home, digital video and display.