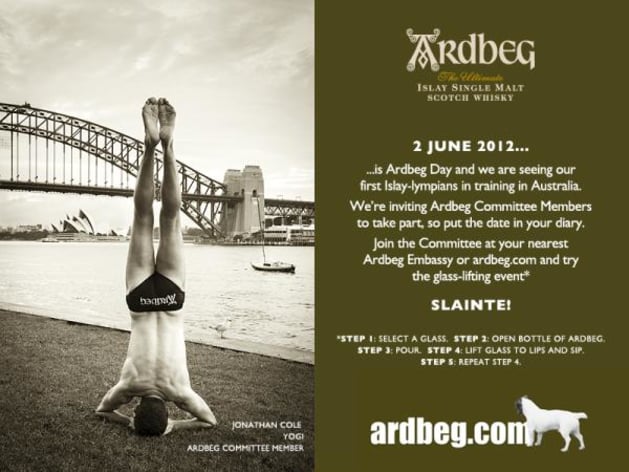 Whisky brand Ardbeg has kicked off an online campaign to promote its first Australian 'Islay-limpics' event, a series of mock Highland games, in honour of its annual worldwide 'Ardbeg Day' celebrations on 2 June.

The 'Islay-limpics' will be hosted by comedian Dave Thorton at North sydney Olympic Swimming Pool, and encourages all Ardbeg Committee members and fans to get involved. The campaign is running across Facebook, Twitter and Pinterest, and also on the Ardbeg website.