Atomic 212 hires first ECD as it ‘aggressively’ pushes into creative 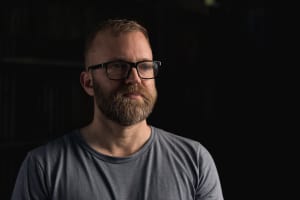 Atomic 212 is “aggressively” building out its creative offering with the hire of its first ECD, Jonas Lembke.

Lembke joins from Proximity, where he was for more than nine years.

Atomic 212 CEO Jason Dooris says Lembke is one of the most exciting hires in the history of the agency as the firm makes an "aggressive new business assault with creativity at its core".

“We’ve been winning such a large amount of creative and content work, and we’ve been hunting for the right fit to complement the award-winning resources that are already in place. To get someone of this calibre on board will be sure to turbocharge our approach. We’re seriously pumped," Dooris says.

“Jonas is already on board and developing some amazing work and inspirational ideas. Better yet, he is a digital native who considers data and technology from the onset. In other words, he is a perfect match for our business.”

Earlier this month ThinkTV brought on Atomic 212 to reinvent its brand image as it aims to keep the medium top of mind for marketer and media agencies.

“My passion is making things rather than talking about making things. I’m genuinely excited about the prospect of what’s next and developing some industry-leading work for Atomic," Lembke says.

“I believe in a flat, informal creative department where people feel comfortable sharing ideas. That’s how you get to the good stuff. That and hard work. But enough talk. The proof is in the pudding.”

Over the last 18 months, Atomic 212 has been progressively ramping up its full-service creative capabilities in areas such as creative strategy, production, PR, content marketing and beyond.

“We started out in the data and digital space, so accountability and measurement are in our DNA. As we move further into the content and creative spaces, this  mentality is still there. Any creative output is highly strategic, insights-driven and integrated within our clients overarching approach," Dooris says.

Atomic 212's creative department has been developing creative, PR and content campaigns for brands such as ThinkTV, TAB, Luxbet and NT Tourism.

Last year the agency made major headlines after Origin Energy handed its media business to Atomic 212 following a competitive pitch. Mindshare had held the account since 2013. Prior to that it was held by OMD. It's understood that the total business could be worth up to $40m, while the current spend level at Mindshare sat at around $20m. Atomic already held the search business for Origin.