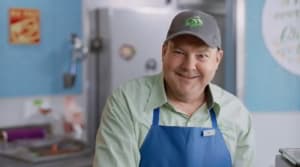 One of the country's biggest advertisers, Woolworths, said it doesn't need big splashy ad campaigns to launch its insurance offering. Because its database tells it the people it needs to target directly.

Woolworths Limited director of group retail services Penny Winn said the company has been deliberately shying away from traditional mass advertising for its new insurance business.

“What we've been able to do is take our insurer's car crash database and overlay it with our Woolworth's Rewards database. I rarely see actuaries get excited but they were very excited about what we found because it was so statically significant,” said Winn.

“Because you see, customers who drink lots of milk and eat lots of red meat are very, very, very good car insurance risks versus those who eat lots of pasta and rice, fills up their petrol at night, and drink spirits. What that means is we're able to tailor an insurance offer that targets those really good insurance risk customers and give them a good deal via direct channels instead of above-the-line [advertising]. And it helps to avoid the bad insurance risks.”

Winn said Woolworths' decision to not have “big splashy ad campaigns” for its insurance offering was “deliberate” because of what its data could provide.

In May, Woolworths had bought a 50% stake in data analytics firm Quantium for an estimated $20 million-plus, a signal the company was getting very serious about its data management. Winn sits on Quantium's board.

She added the company had also used data to tailor new stores to a particular area. She gave the example that a new store might stock less pet products if data suggested that store was opening in an area which wasn't a big pet region. She said: “We're able to get that information before we put the store down to tailor the offer to the store to meet the needs of that area.”

The supermarket giant has recently opened several stores which emphasised the characteristics of the local area. Two months ago, Woolworths opened a new branch in the Sydney inner west suburb of Erskineville which was designed to appeal to local residents with more ready-made meals and an in-store cafe.

Winn was a speaker yesterday at Southern Cross Austereo's Engage Live event, held at the Museum of Old and New Art in Hobart. Other speakers included Harold Mitchell and SCA director of digital and innovation Clive Dickens.