Thanks, but no thanks: Nielsen declines to take part in AMAA tender 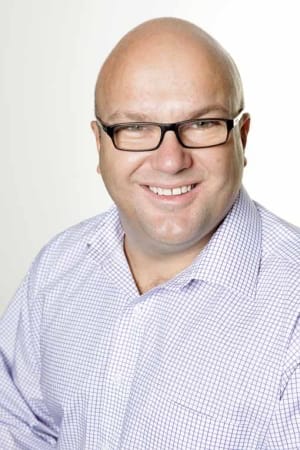 EXCLUSIVE: Citing "ideological" differences, Nielsen has opted not to take part in the Audited Media Association of Australia's RFP for disaggregated online metrics, stating that advertisers are hunting for "single trusted metrics", not the multiples mooted by the AMAA.

Earlier this month, the AMAA announced that the account Nielsen had held since 2009 would be put out to tender, with up to five different providers sought for its new web audit service.

But Matt Bruce, managing director of media at Nielsen, indicated today the company would not be participating. "While we respect the AMAA decision to try a new path, advertisers across all media are hunting for single trusted metrics," he said.

"Nielsen agrees with this view – adoption of an unambiguous measurement currency is an important factor in advertiser confidence and advertiser spend. Subsequently, Nielsen will not be participating in the RFP."

The AMAA wants to move away from traditional single measurements such as monthly unique browsers towards a more granular suite of metrics for publishers to choose from.

The new system, the first iteration of which is slated to be up and running by the end of June, will potentially include page impressions, average daily unique browsers, unique device numbers, viewable impressions and more.

Bruce told AdNews the decision was not so much a question of pitching for a smaller slice of the same pie, but because the AMAA's position represented an ideological rift with Nielsen, which currently works with the Interactive Advertising Bureau as its online audience measurement provider.

"What [the IAB] has said consistently is that growing online advertising spend is about having one single trusted metric that advertisers can get behind. The reason we're not able to work with the AMAA is they want a number of providers to develop a range of different metrics," he said.

"Nielsen absolutely believes in having a single currency for media – that's how it works with TV, outdoor, print, and that's consistent with how it works in other markets around the world. When there's one set of audience numbers that media stands behind, it gives advertisers confidence."

Nielsen will instead continue to focus on the roll-out of its new measurement tools, such as Online Campaign Ratings – which launched at the start of the month – Online Brand Effect and additional mobile and tablet measurement tools.

OCR uses Facebook data – nearly 12 million users in Australia – to measure which people have seen a given ad. Nielsen now offers OCR in the US, UK, Canada, Germany, Italy and Australia. Bruce said OCR was consistent with the single-currency approach.

"It leverages the same panel, but what it brings into the market is post-campaign measurement. Now we're able to measure campaigns overnight. [The feedback] has been really positive. We announced a big deal with MediaCom recently, and we're talking with advertisers, agencies and publishers."

The AMAA did not respond to requests for comment.