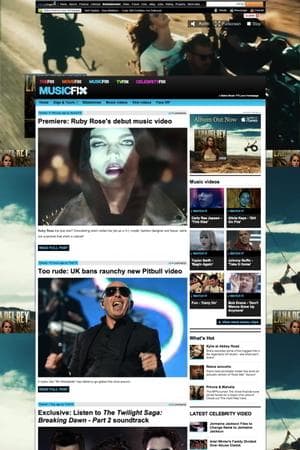 Nielsen has played down suggestions that its new online rating metric could cause friction by exposing the limitations of publishers' data, hitting their revenues. It has admitted there may be teething problems for publishers. Media agencies say bring it on.

The Online Campaign Rating (OCR) metric, which uses Facebook data to show which demographics have watched the ads it tracks, is set to launch in Australia within weeks. It will put online campaign measurement into the same terms as TV metrics, enabling advertisers to compare like with like across mediums.

The ability to compare apples with apples has been widely welcomed.

But because it will show advertisers which types of people have viewed their adverts on which websites, there have been suggestions of a potential backlash from publishers whose data may be shown to be poorer than they had claimed. That could have a dramatic impact on some publishers’ revenues.  Some might then start to question the validity of Nielsen’s data.

Nielsen has admitted that it may take some time to bed-in. But the firm told AdNews that all of the publishers it has spoken to are "enthusiastic". In a huge inventory pool it was “difficult to differentiate between premium and the rest … OCR gives publishers a tool to do that and make money,” said Matt Bruce, Nielsen managing director of media.

Because OCR puts ratings in the same terms as Nielsen’s own TV metrics that "will give advertisers more encouragement to spend online" with publishers, he suggested.

Nielsen said it would trial the new system with Australian publishers over the next four weeks, but would not disclose with whom.

However, in the US, not all publishers warmed to the new measurement overnight. For example, while AOL endorsed OCR early on, Disney only climbed on board two months ago.

“There will be some adjustment” to the new metric, with “conversations between agencies and publishers” when campaigns “at times over or under perform … like there is in TV advertising,” Bruce admitted. “But overall, quality publishers are looking forward to bedding it down,” he said.

That view was not disputed by Mi9 or Fairfax.

“We welcome anything that brings accountability, as long as it is robust,” said Ed Harrison, commercial director of Metro Media at Fairfax.  Time would tell whether that proved to be the case, he said. “We really won’t know until it is operational, so we reserve judgement in terms of the long term view. But we welcome the principle ... we’re behind it.”

Mi9’s Marc Barnett said there were “no top line concerns" at the firm on OCR. “If the technology is to be embraced the results can’t be in question.”

Media agencies said quality publishers had nothing to fear - and even those publishers who were found out had something to gain from short term pain.

"It's a big step forward," said Mediabrands commercial director Travis Johnson. It would force accountability and quality control, he suggested. "It's an opportunity for media owners to make sure their data is as tight as it can be."

Johnson said that while big publishers had much to gain, as their data was by and large in good order, OCR "might unearth some gems" amongst smaller publishers that would then be able to charge more.

He said that the smaller players exposed by OCR validation would have to invest appropriately if they wanted to stay in media sales. He said that was "harsh" but fair.

Group M chief digital officer Danny Bass agreed. He said Group M "absolutely supports" OCR. "It's a good thing for industry. Yes there are probably a few holes in the way it is put together - but show me any system on earth that doesn't [have some holes]" said Bass.

"It gives clients visibility for the first time ever. It shines a light on media owners' ability to target an audience they are purportedly selling to clients, so there will be winners and losers."

That "shake-up" was a good thing, said Bass, Publishers with strong audiences and content, he said, would emerge victorious.